Last year I made both of my sons’ costumes.  My older son was a spider 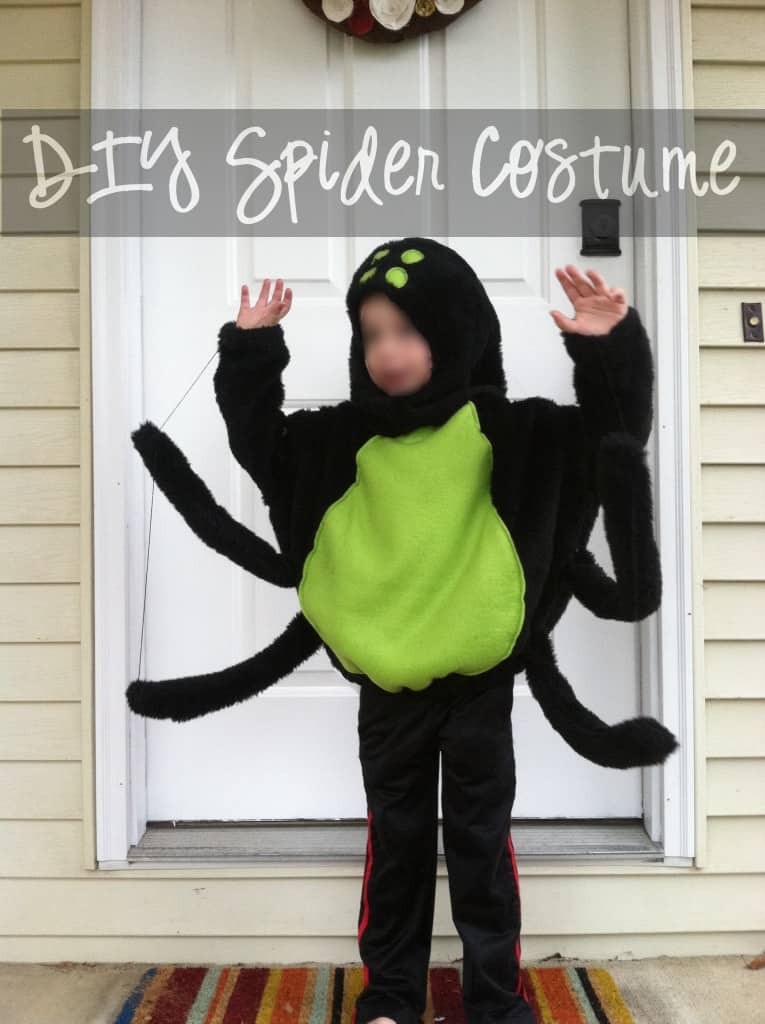 and my younger son was a skunk. 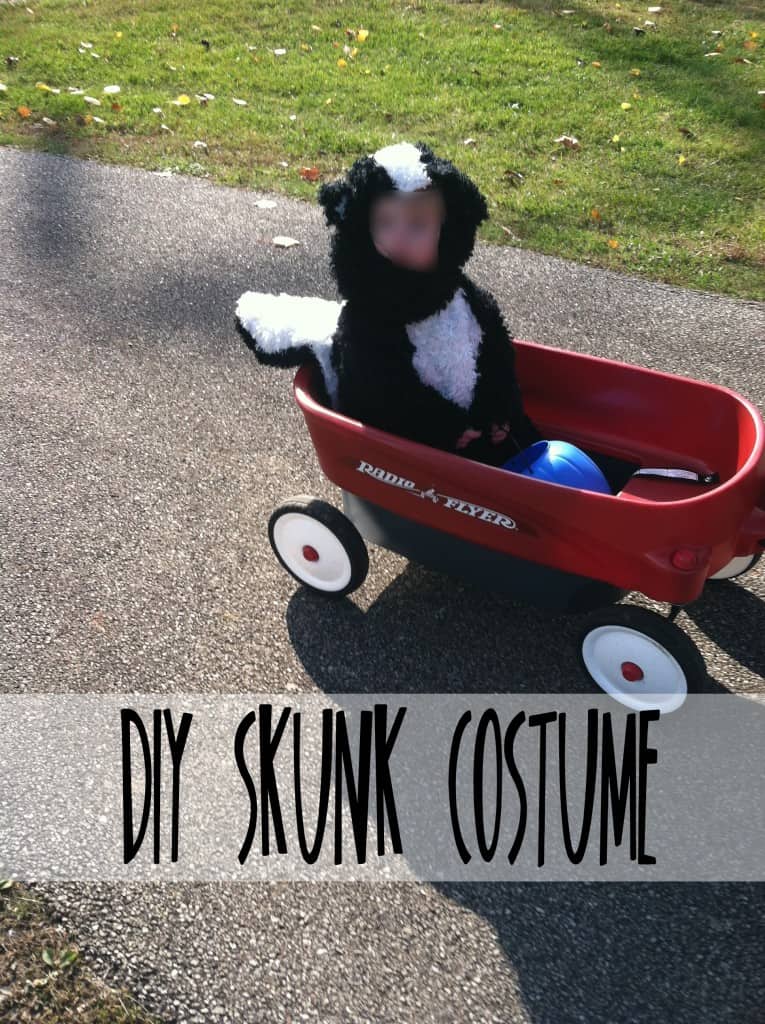 This last year my spider has been really into Batman so when I asked him he declared that of course he wanted to be Batman.

My sister gave each boy a Batman mask and Batarang set

which of course we decided to use for the costume.

As far as the body suit initially I thought I would buy a sweatshirt and pants and modify them like some tutorials I had seen on Pinterest but when I finally found them in Walmart they were more expensive than I had thought they would be.  For my son’s size they would have been over $11.  So I re-calibrated and decided to make the suit out of fleece.  I got all of my fabrics at Joanne’s.  Here’s what I used:

So here’s how I made it!  Stick with me, it took quite a few steps…

Step 1- I printed out a Batman logo image and used it as a template to cut out my felt and make the bat flash symbol.

I set this aside and attached it to the front of the suit later.

Step 2- To make the main body suit I took a piece of gray fleece, folded it in half lengthwise and laid a shirt and a pair of pants in my son’s size on it.  I cut out around the clothes leaving about two inches or so of seam allowance and extra space for him to layer under the costume.

Step 3- I pinned and sewed the blue and gray pieces together for the front piece and the back piece of the body suit.

Step 4- I held up the front of the body suit against my son and realized I had made the suit too long.  so I cut both the front and the back pieces across the middle and cut out a couple inches of fabric then sewed them back together.  Not a huge deal to have a seam here because it got covered with the blue fabric and the yellow utility belt.  But if you measure a little more accurately than I do then you can skip this step!

Step 6- I pinned the front of the costume to the back of the costume (right sides facing each other) and sewed around the border.  I did not sew the sleeves, legs, or neck shut.

Step 7- I turned the costume right side out.  I hot-glued the bat flash symbol on the front.  I later had to rip off the yellow piece and replace it because it did not match the yellow I bought to make the utility belt.  But in the end, it turned out ok.

Step 8- I finished the sleeves and legs by folding them in and sewing around the edge at the right length.

Step 9- To make the utility belt I cut some yellow felt, folded it and sewed a seam on both edges to make it look more like a belt.  I folded two small pieces and sewed their edges as well then attached them to make belt loops.  I sewed two square pieces of felt together to make the “belt buckle”.  Then I sewed the belt onto the costume and sewed the belt buckle and loops onto the belt.

Step 10- For the cape I elected to use a piece of blue silky fabric.  I folded it in half lengthwise.  To make the rounded cut in for the neck I cut around a plate.  Then I cut a diagonal line down to the bottom of the cape.  For the scalloped edges I cut around a bowl.  I pinned and sewed french seams around all the edges to keep the cape from fraying and give it a finished look.  Finally I attached a snap to keep the cape on. 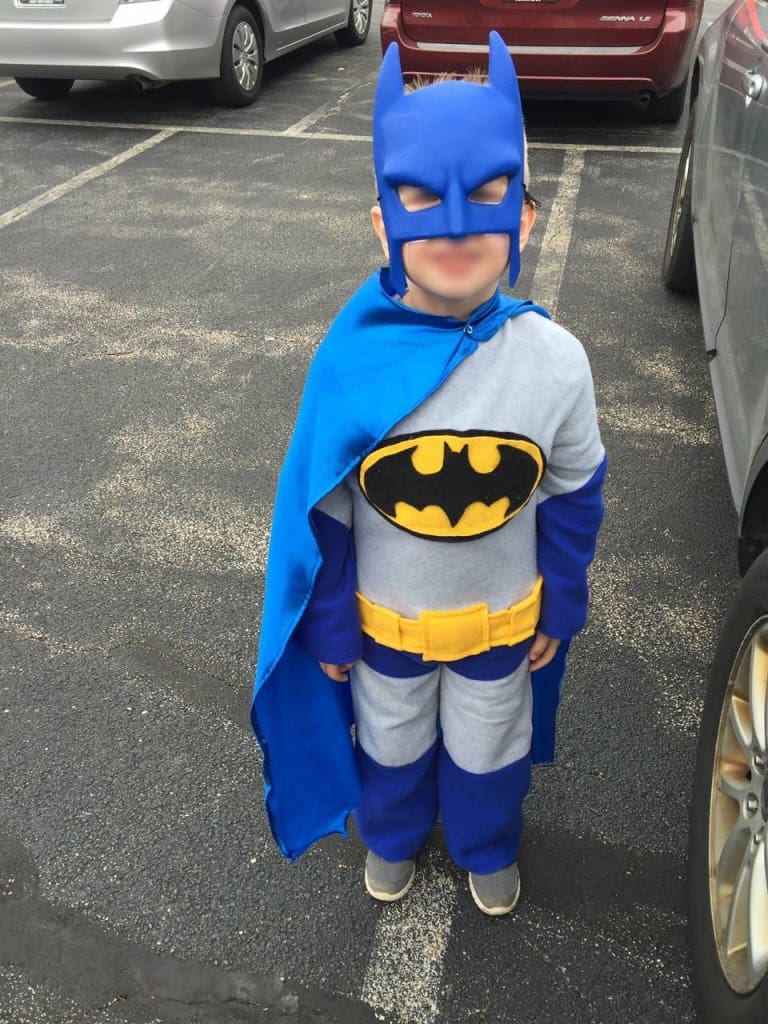 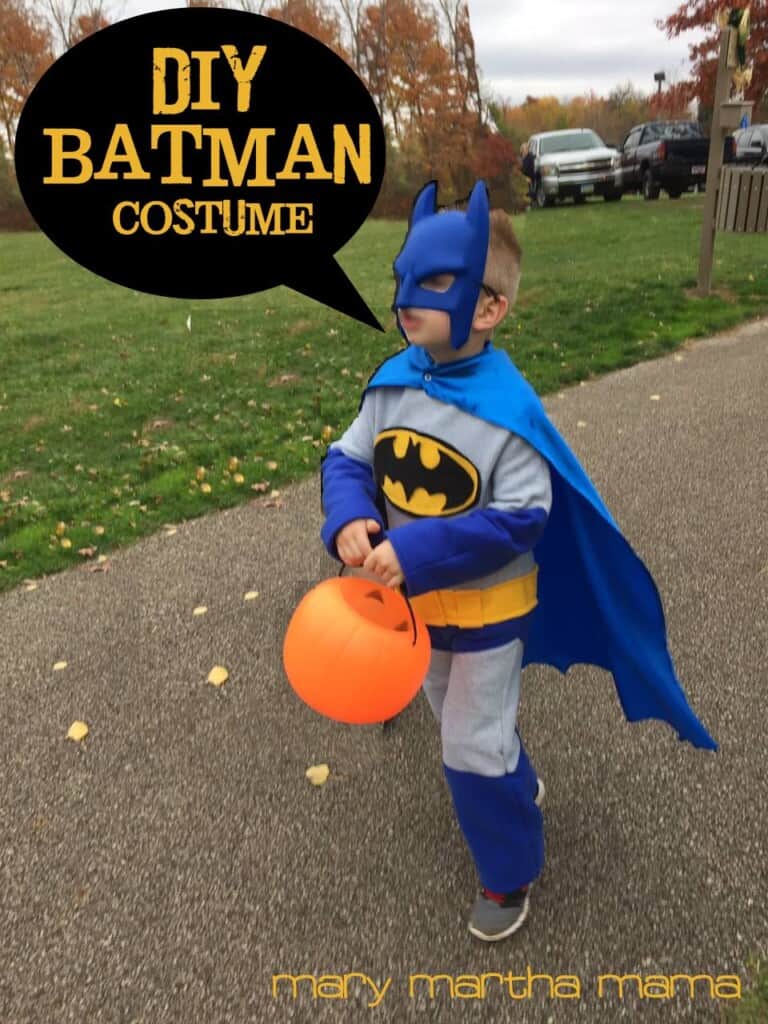 Well, imperfections and all, he LOVES it!  And that makes my mama heart sing. 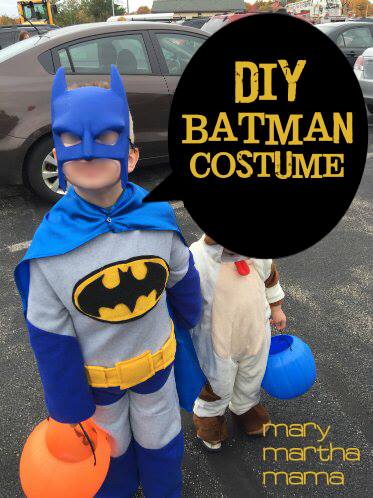 We’ve actually already trick or treated and the costume held up well.

I hope you all have a wonderful Halloween!

oh wow that looks great! I am so not handy like that. You did a great job, and kids never seem to notice those little imperfections anyways. He looks into it!

Thank you! Yes, he totally loves it!

You're awesome! What a great costume! I can't believe you made that!