This shop has been compensated by Collective Bias, Inc. and The Coca-Cola Company. All opinions are mine alone. #KickoffWithGreatTaste #CollectiveBias 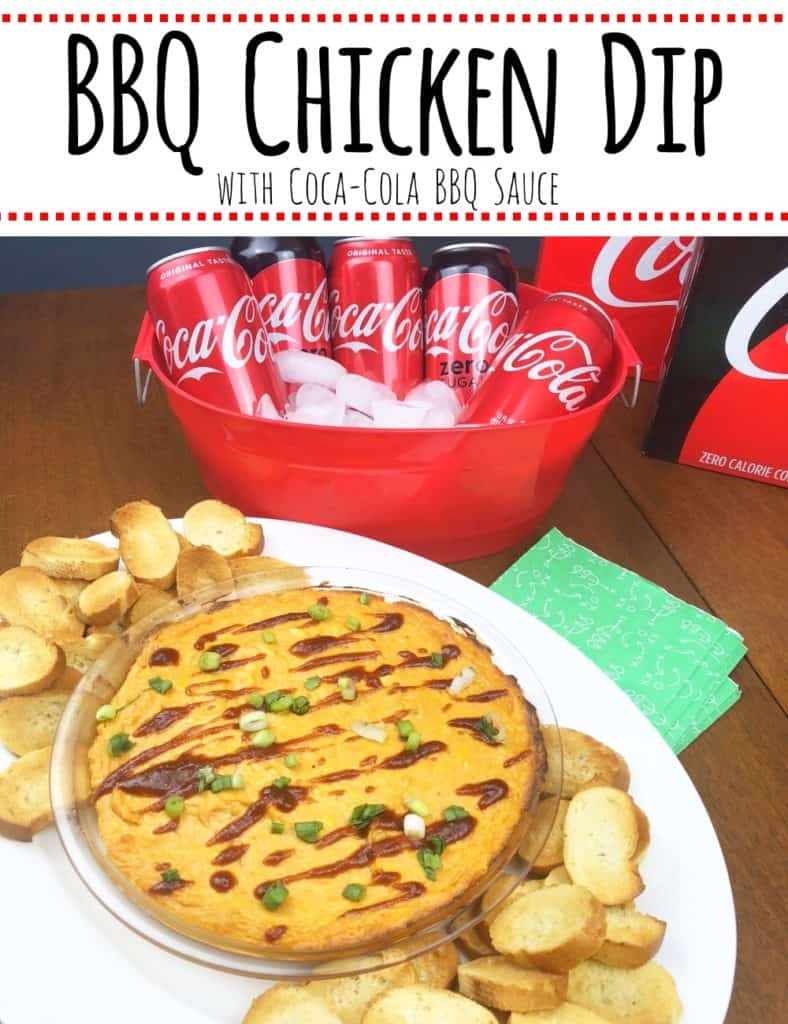 Football season is in full swing in out household and while I may not be as into the games as my husband is, I am 100% into laying out some great food to munch on while watching the games.  Today I’m sharing with you my BBQ Chicken Dip and my Coca-Cola® BBQ sauce recipe.

This bubbly, cheese dip is the perfect hot dip to put out for your football watch parties.  I like to serve it with some toasted crostini and an ice cold Coca-Cola®.  Coca-Cola® and Coca-Cola® Zero Sugar pair perfectly with so many great game day foods. 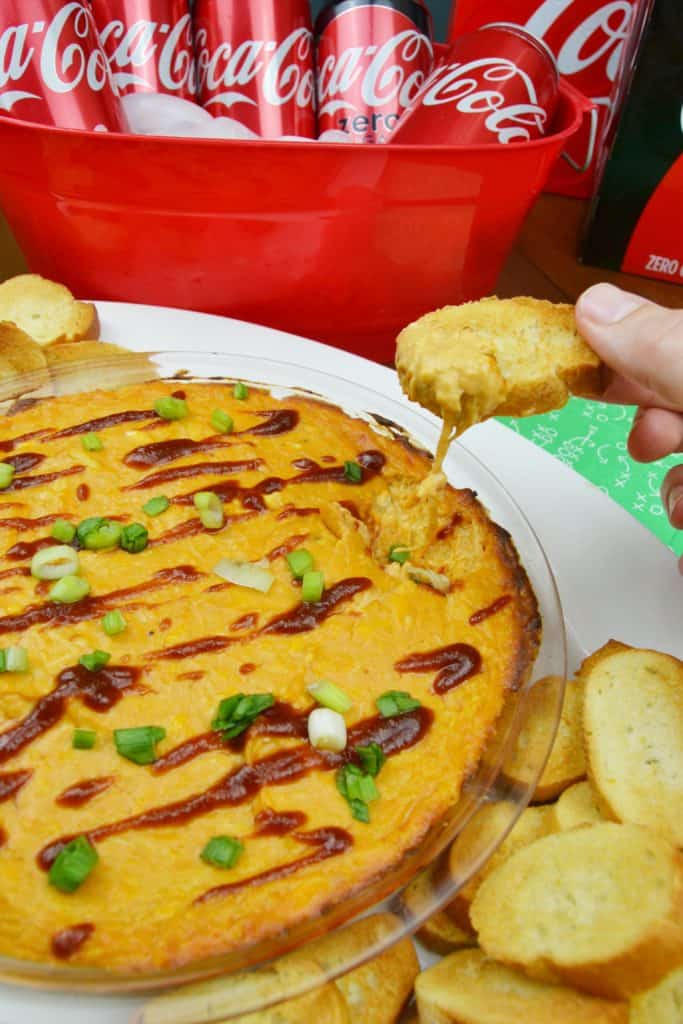 I picked up my Coca-Cola® and Coca-Cola® Zero Sugar on my trip to Walmart to stock up on party supplies and dip ingredients.  I took advantage of Walmart’s ordering online and doing curbside pickup.  Walmart has everything that I need to entertain on game days whether homegating or tailgating and with curbside pickup I was able to get everything quickly and easily. 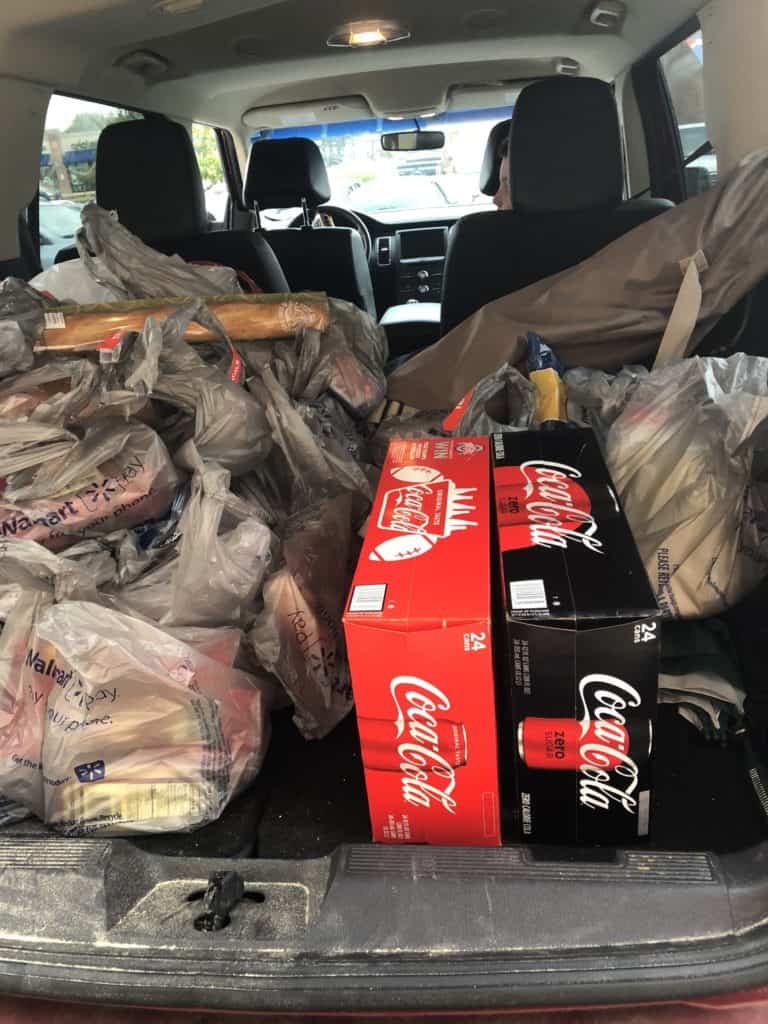 Step 1: Combine the Coca-Cola®, ketchup, Worcestershire sauce, onion powder, garlic powder, brown sugar, salt, and pepper.  If you like a BBQ sauce that is not as sweet and then leave the brown sugar out.  I like a sweeter sauce so I added it in.  Bring all of these ingredients to a boil, then lower the heat and let the sauce simmer for 30 minutes until it has thickened up. 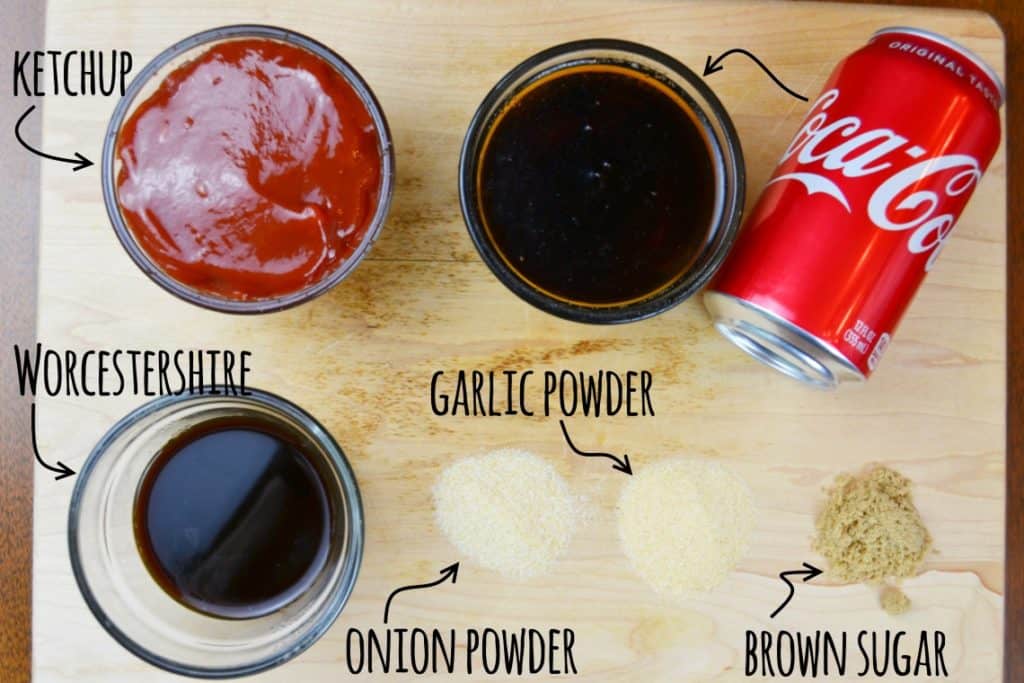 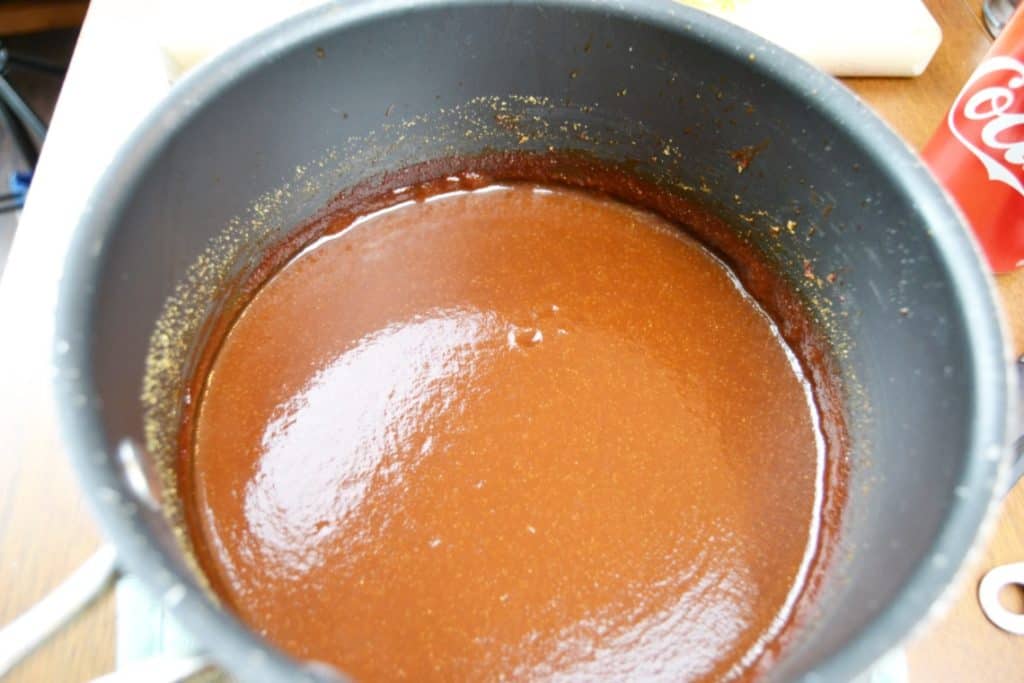 Step 2: Combine the chicken, cream cheese, BBQ sauce, mayo, and cheddar cheese.  I typically use my stand mixer to shred up my cooked chicken and then add in the other ingredients to the bowl and use the mixer to combine them all. 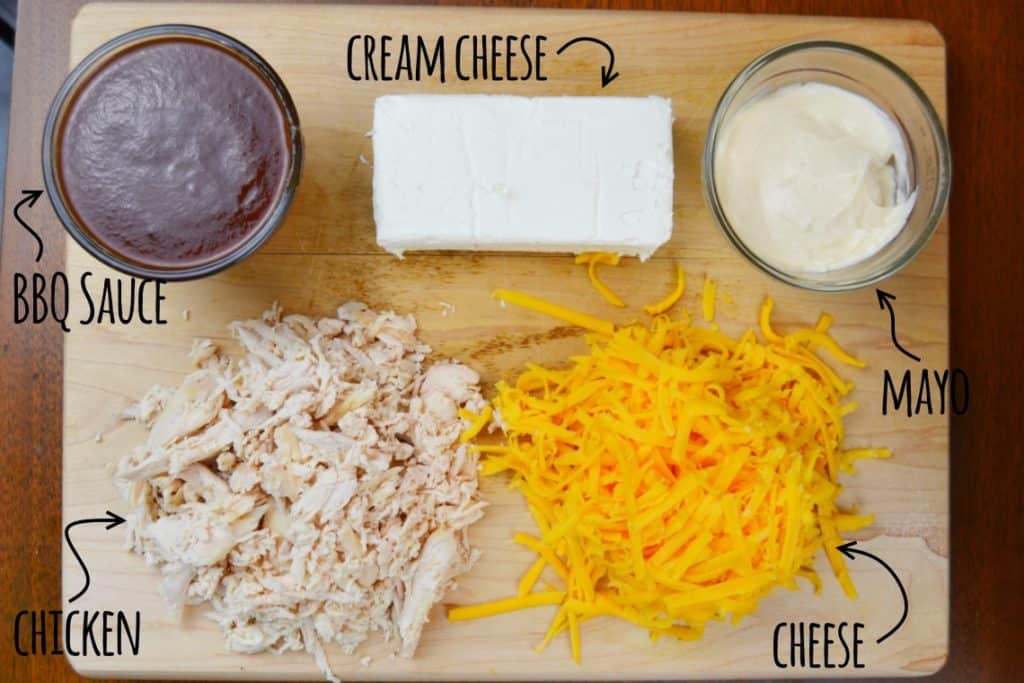 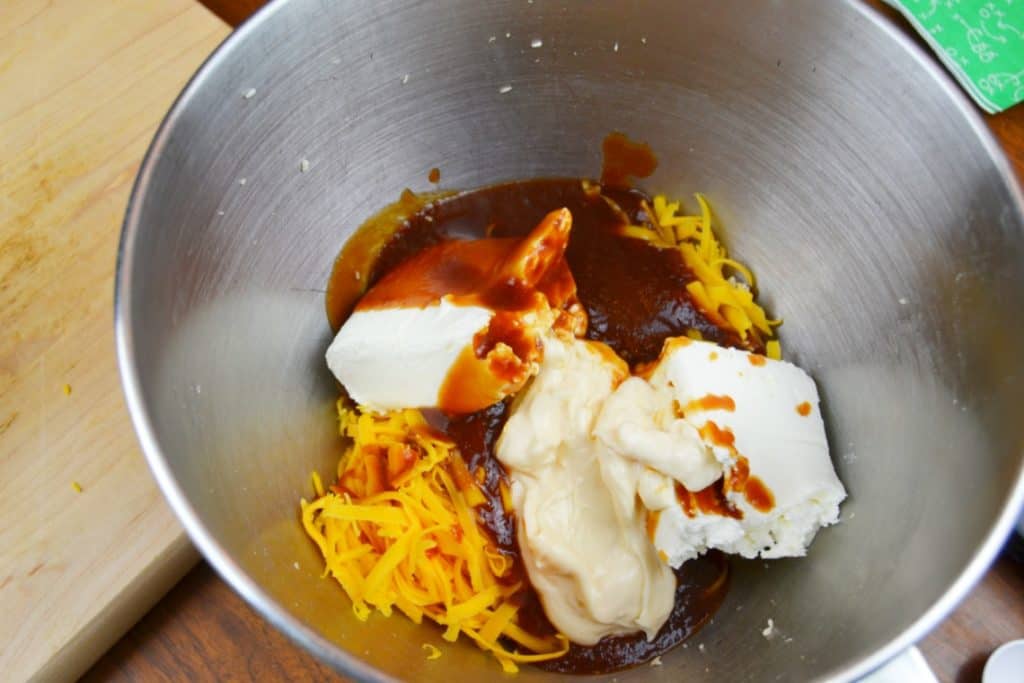 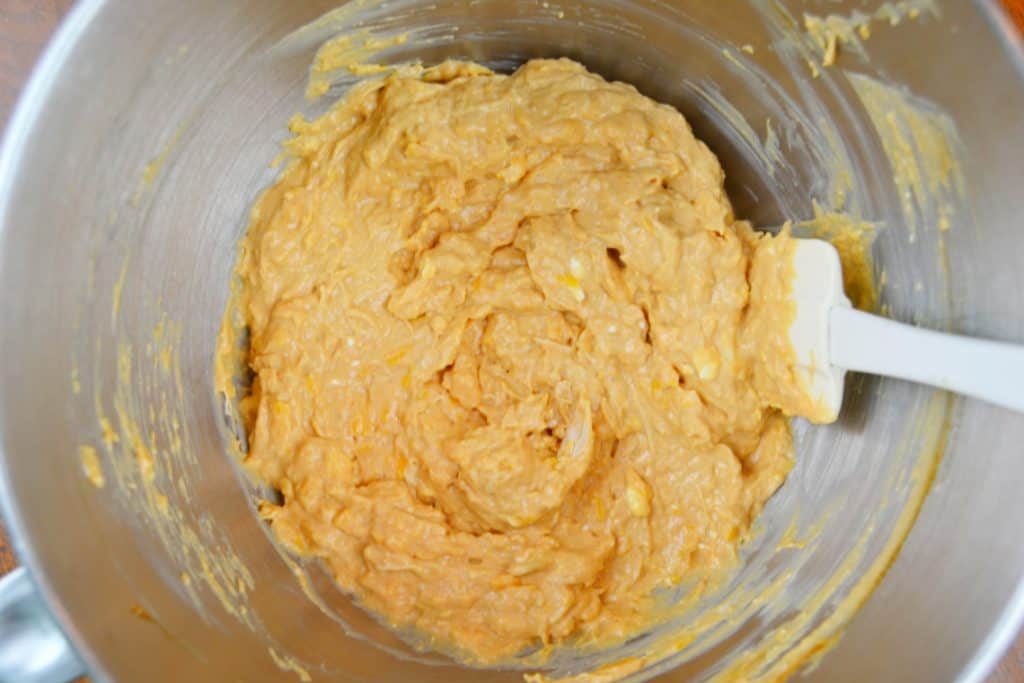 Step 3: Spread the mixture into a glass pie plate.  Bake at 350 degrees for 20-25 minutes.  Once it comes out of the oven drizzle it with a little of the leftover BBQ sauce and some sliced green onions. 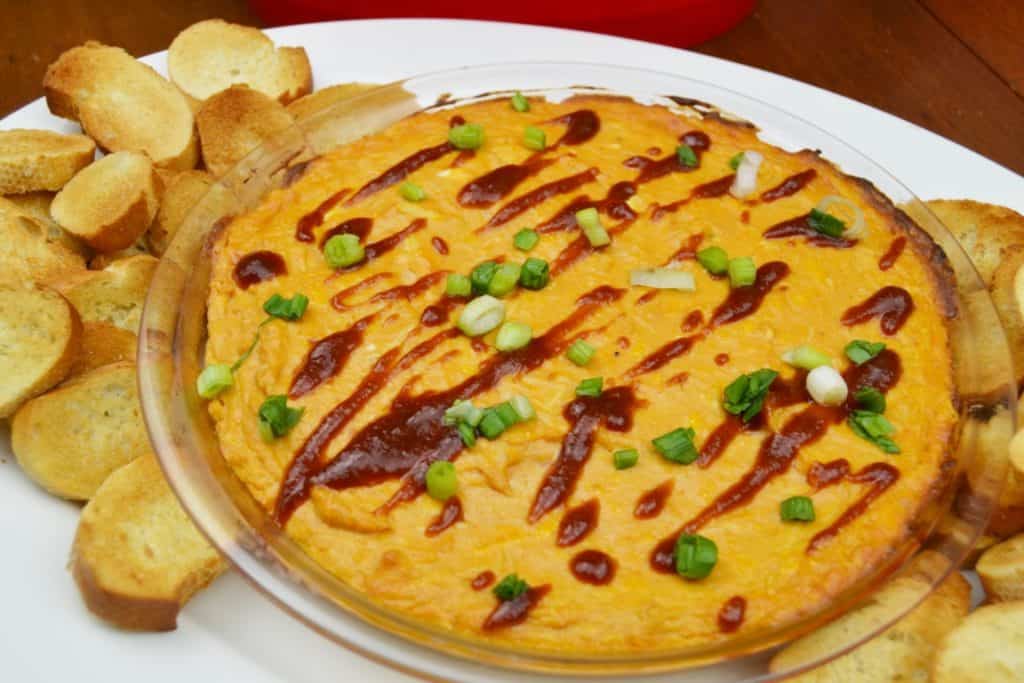 I like to serve the BBQ Chicken Dip with crostini.  To make your own crostini simply slice a baguette into about 1/4 inch pieces.  Brush them with a little bit of olive oil and toast under the broiler for a couple of minutes.

Want more ideas for your next football watch party or tail gate party?  Check out these Homegating and Tailgating recipes and party inspiration. 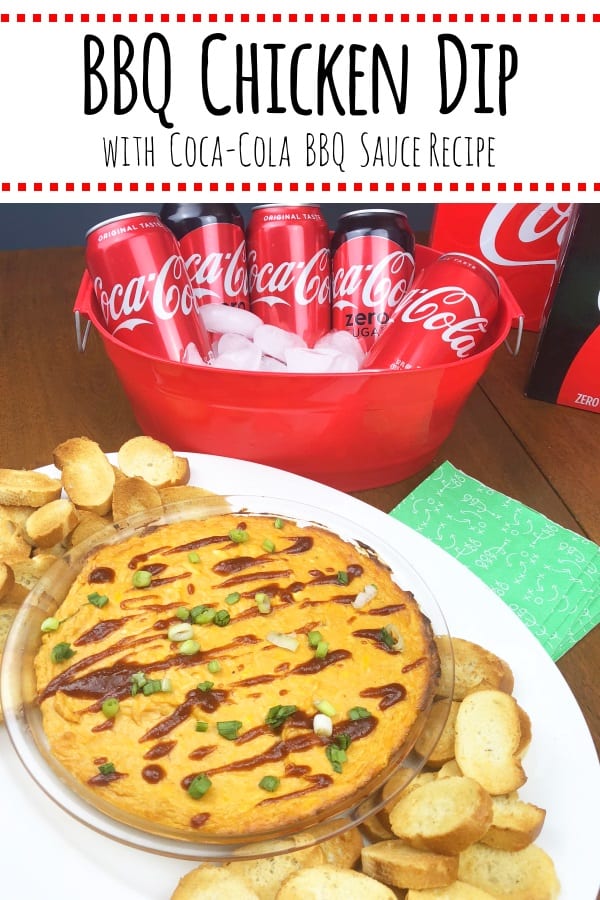 Mm your dip sounds AMAZING!!!!!! Isn't Walmart pick up such a time and life saver??

The pick up service is so amazing! I love it especially when my kids are sick and in the winter.