I was rummaging through the Joanne’s remnant rack a few months back and happened upon some waffle weave fabric and thought “I need some more dish towels… I can make them with this!”.

And then the fabric sat in my sewing room (AKA the basement) for months and months until at the beginning of this year when I was hit with the “let’s sew all the projects” bug and pulled it out to finally use it.

Here’s how to make it:

[As a side note : If you’d rather start with an already sewn dishtowel and skip right to the embellishing Amazon has similar white waffle weave ones that have good reviews and are fairly inexpensive.]

Wash and dry fabric.  Cut piece of waffle weave cloth to desired size.  I made mine 18 in X 23.5 in.  Using a rotary cutter, cutting mat, and quilt ruler makes it a whole lot easier to be sure the towel is nice and squared off.  Amazon currently has a Fiskars Rotary Cutting Set of all 3 together on sale at 46% off, which is a great deal (as of me writing this-Amazon prices change a lot). 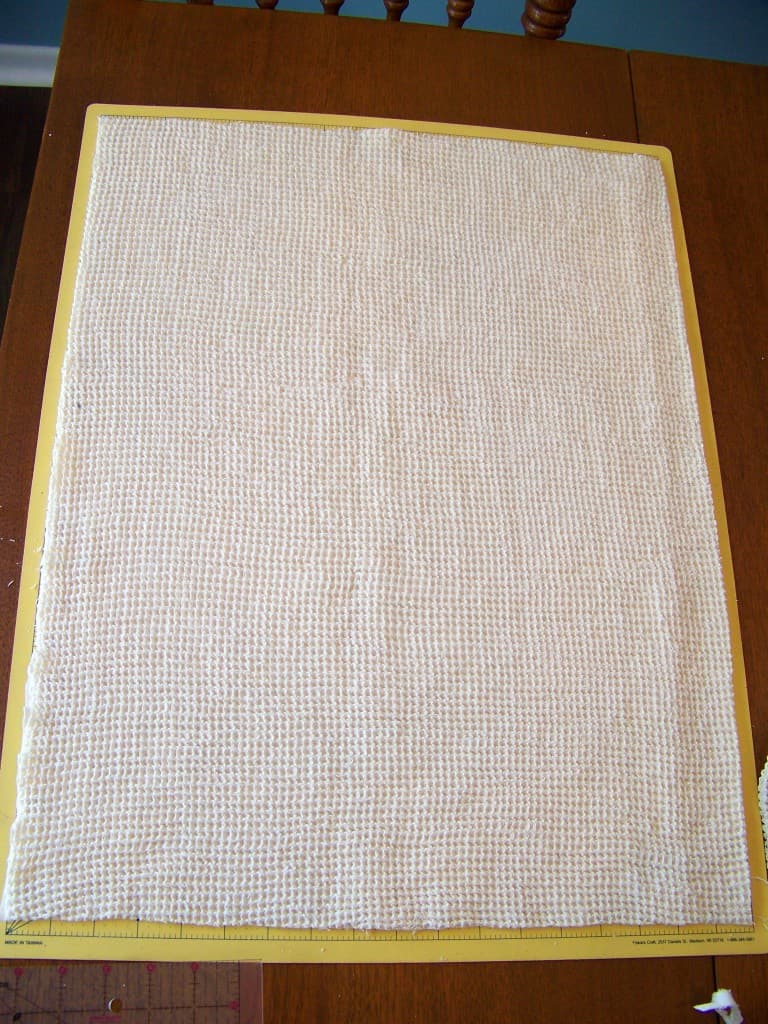 Then fold over the long sides 1/2 inch, pin, and sew.  Do the same for the shorter sides. 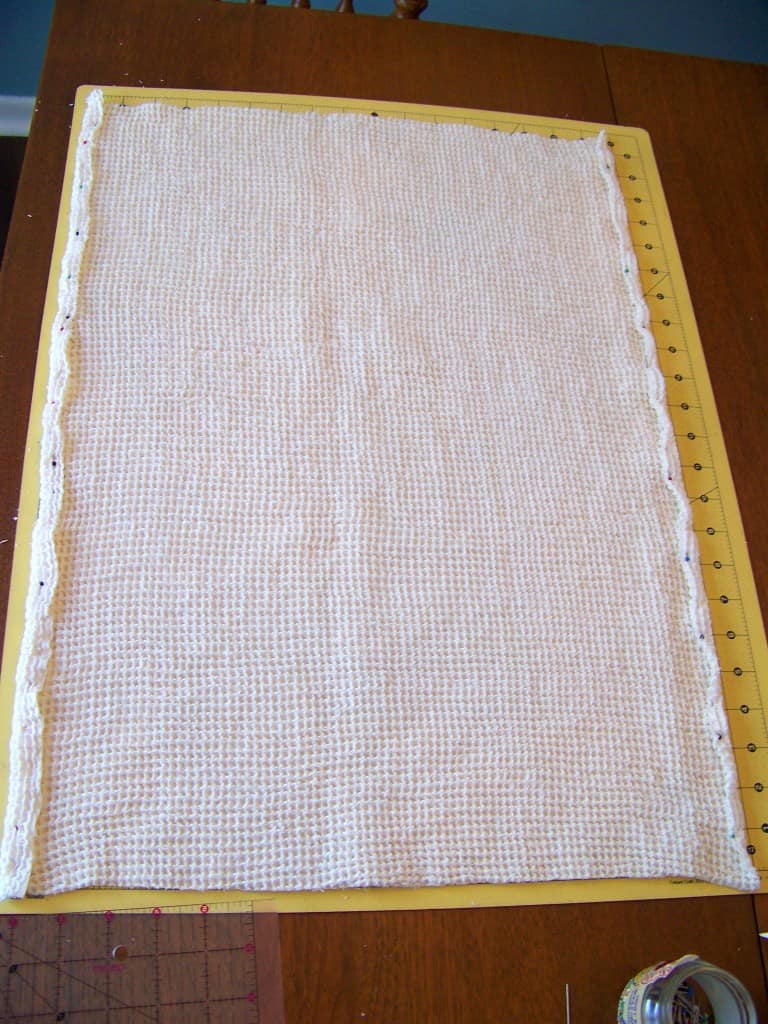 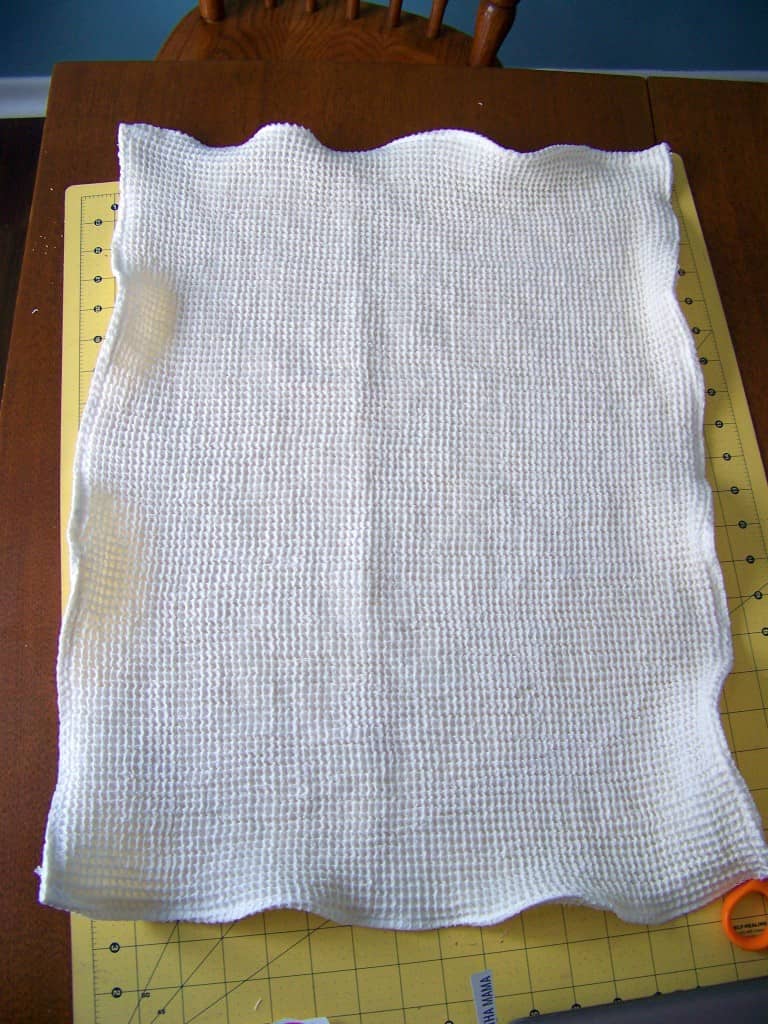 Now you have a completed towel.  The fabric stretches as you sew it so the edges will be somewhat wavy.  If you want to avoid the waves you will have to stabilize the edges with interfacing or binding.

I chose to hot glue my trim on to the bottom of the towel.  Initially I thought I would sew it on but I didn’t have any coordinating thread in my stash.  I started by gluing about an inch onto the back and wrapping it around to the front, gluing all the way across, and then wrapping around to the back. 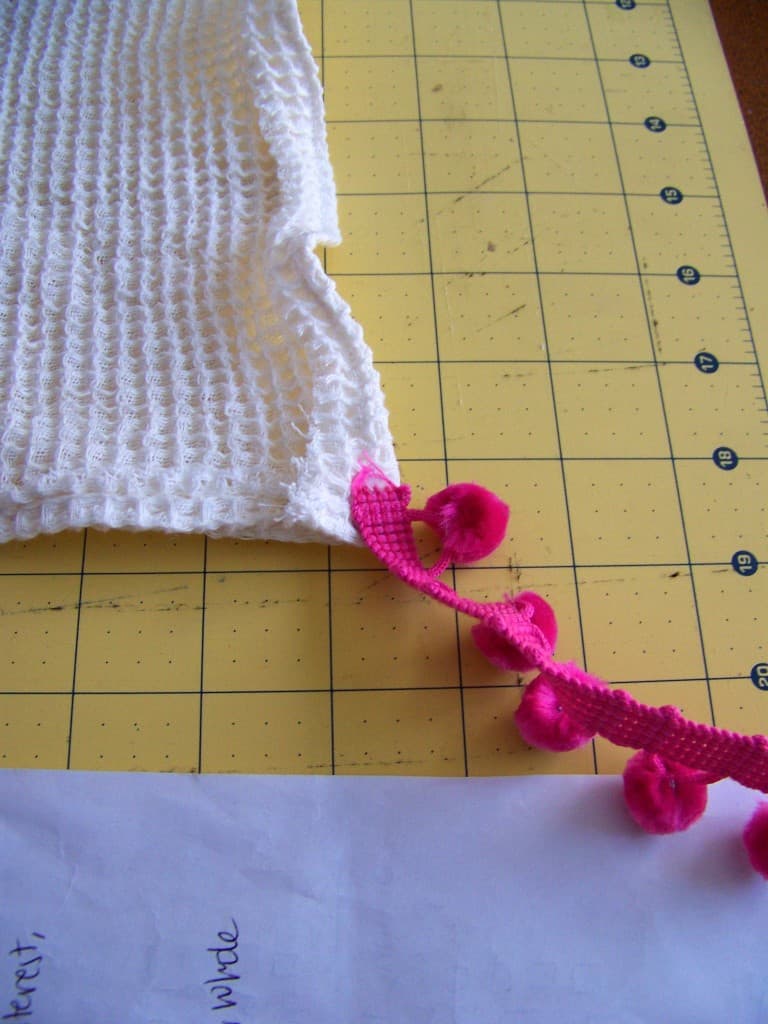 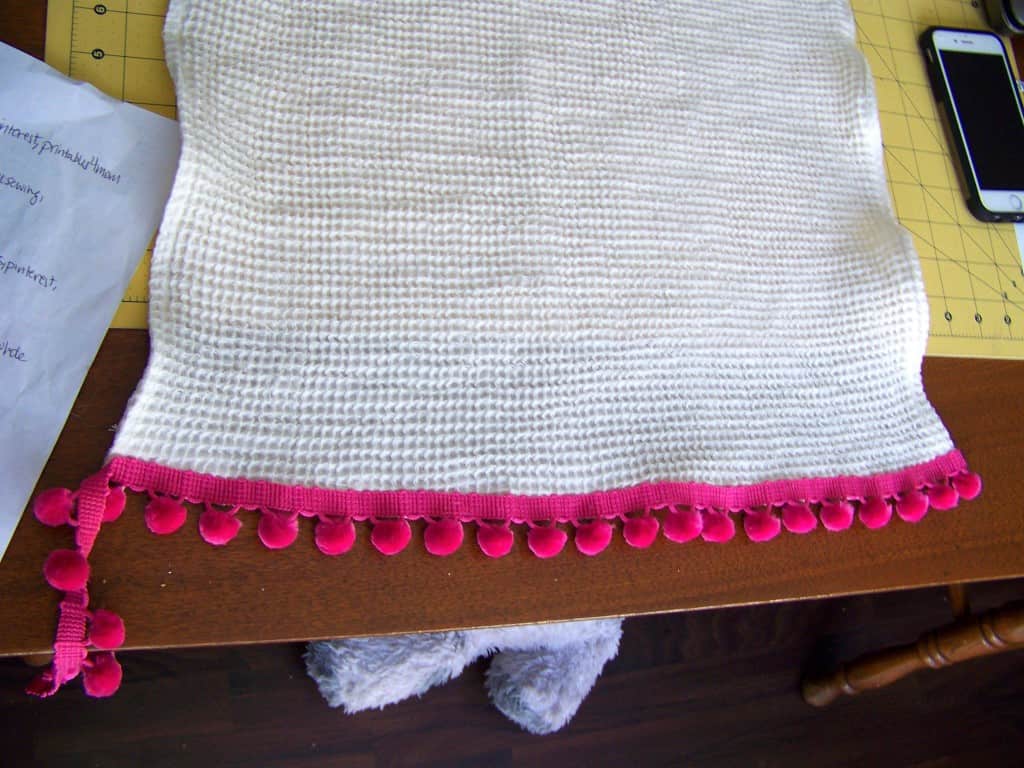 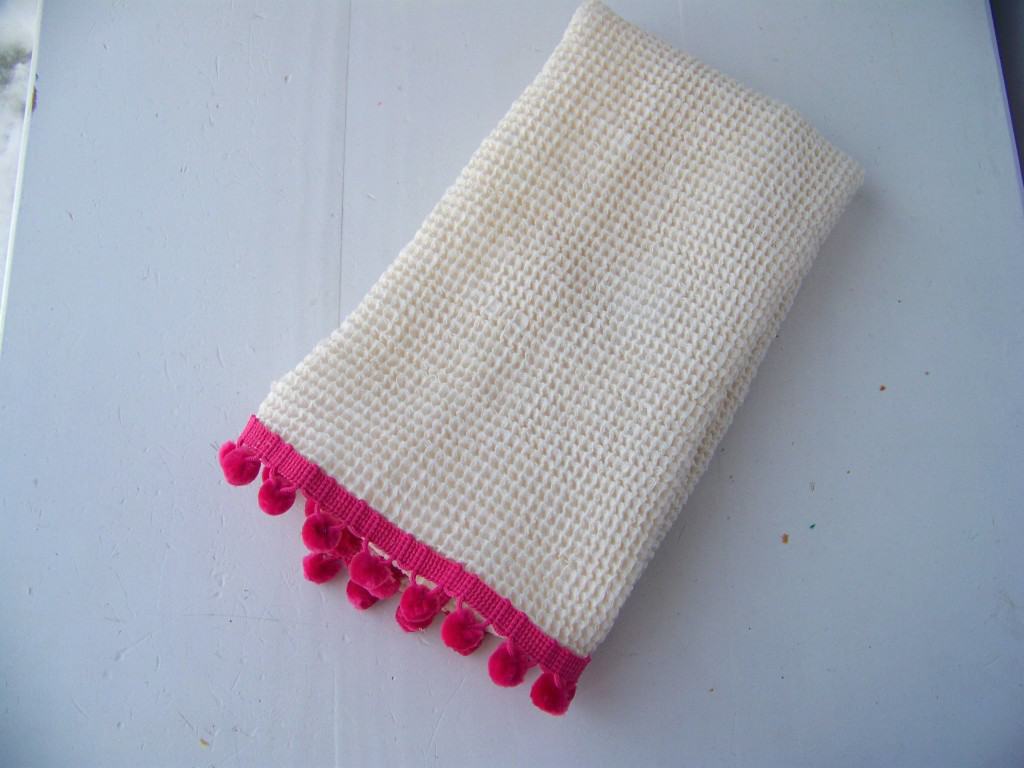 Print out the I Still Do pdf.  Cut out the letters, place them on the felt, and trace around them.  I traced mine backwards so that if I left any ink while cutting it would not show. 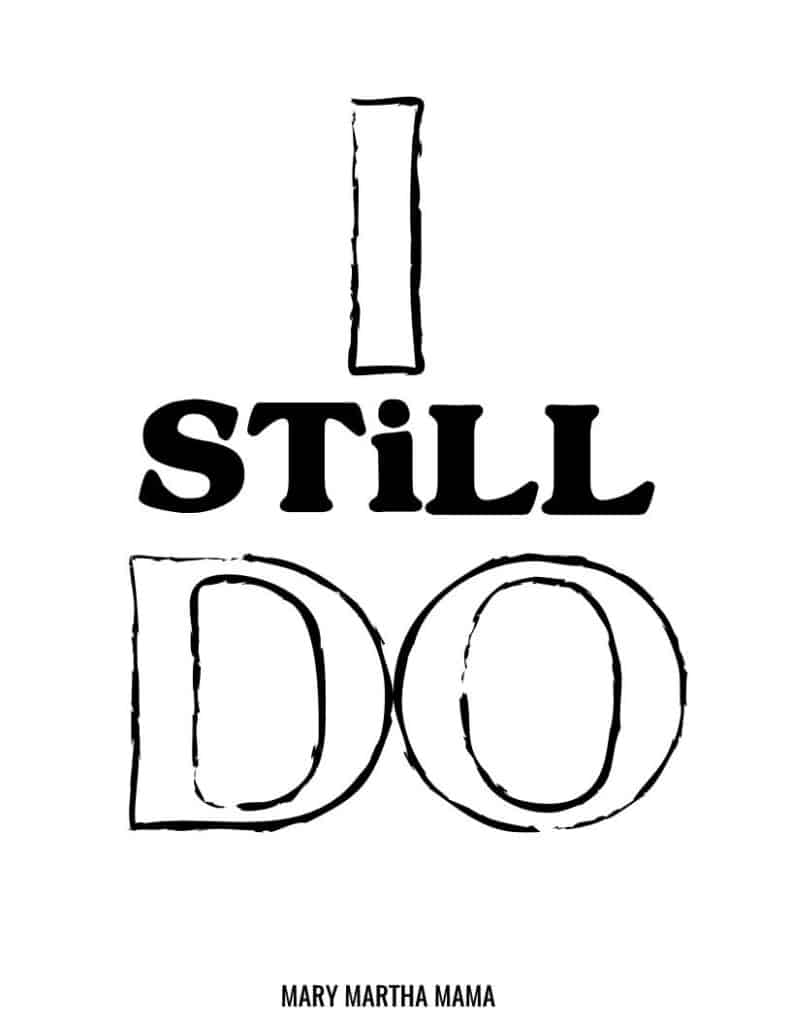 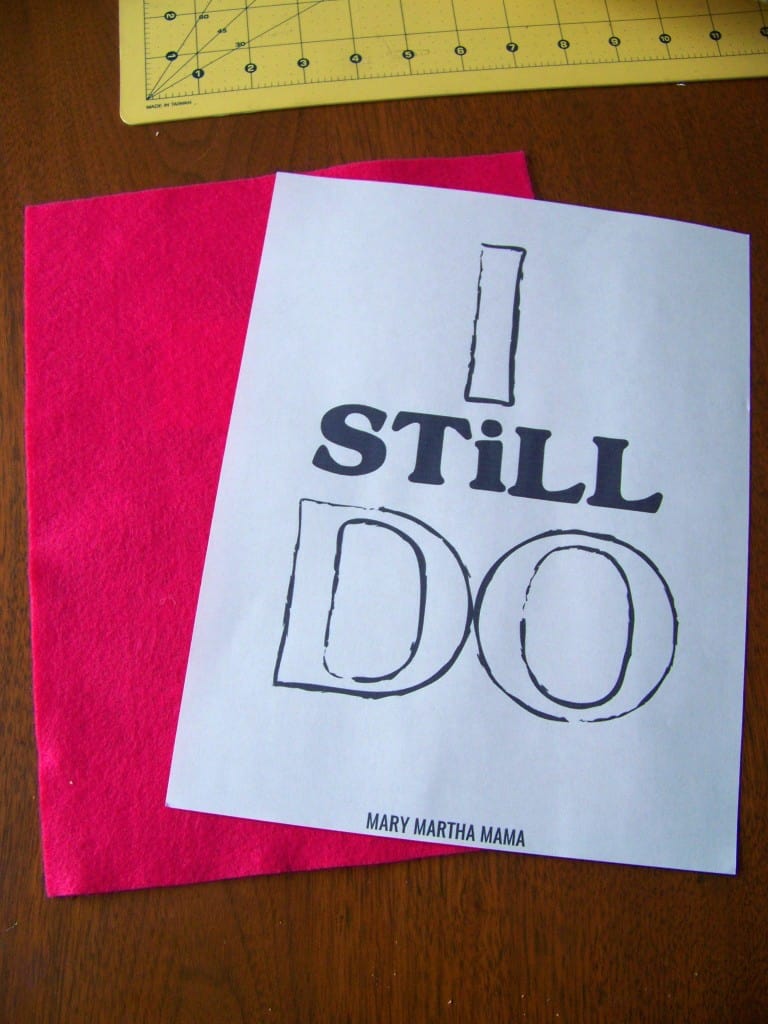 Lay the letters out on the dish towel.  Then secure them down with a little hot glue.  I just dabbed a little glue in the middle of each of the letters so that when I stitched around the edges I would not have to push through hot glue which is hard to do when it’s dry and hard. 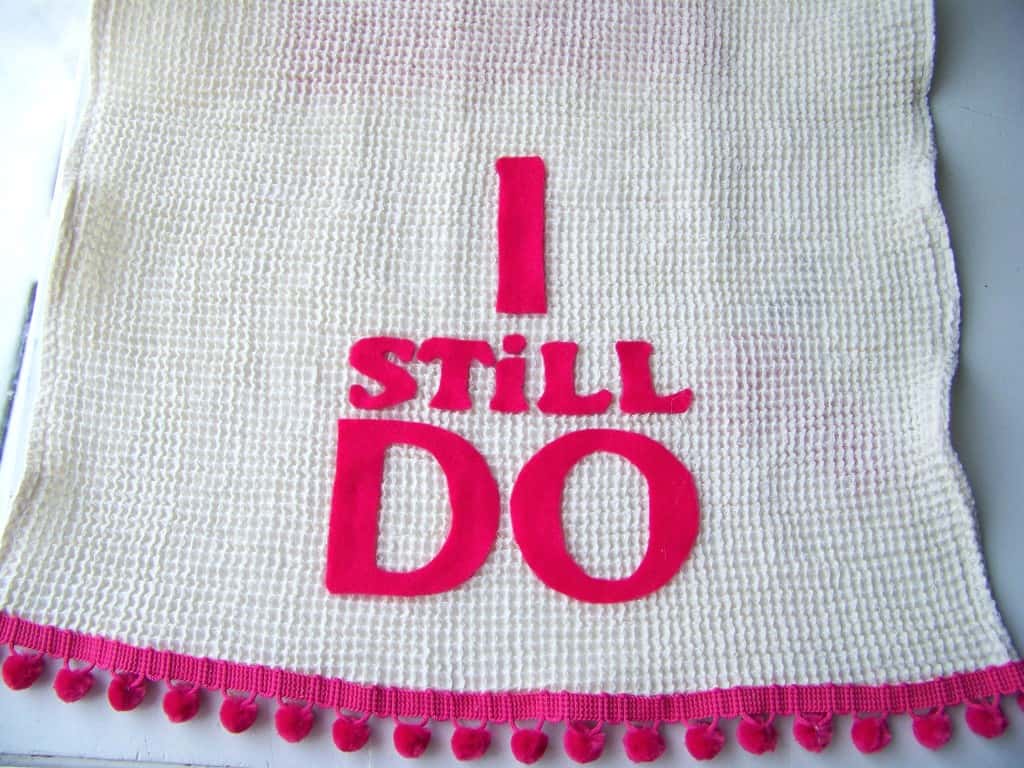 Stitch around the edges with embroidery floss.  I wanted a simple look so I embroidered with a color that closely matched the letters but you could do a color that would provide more contrast if you wanted. 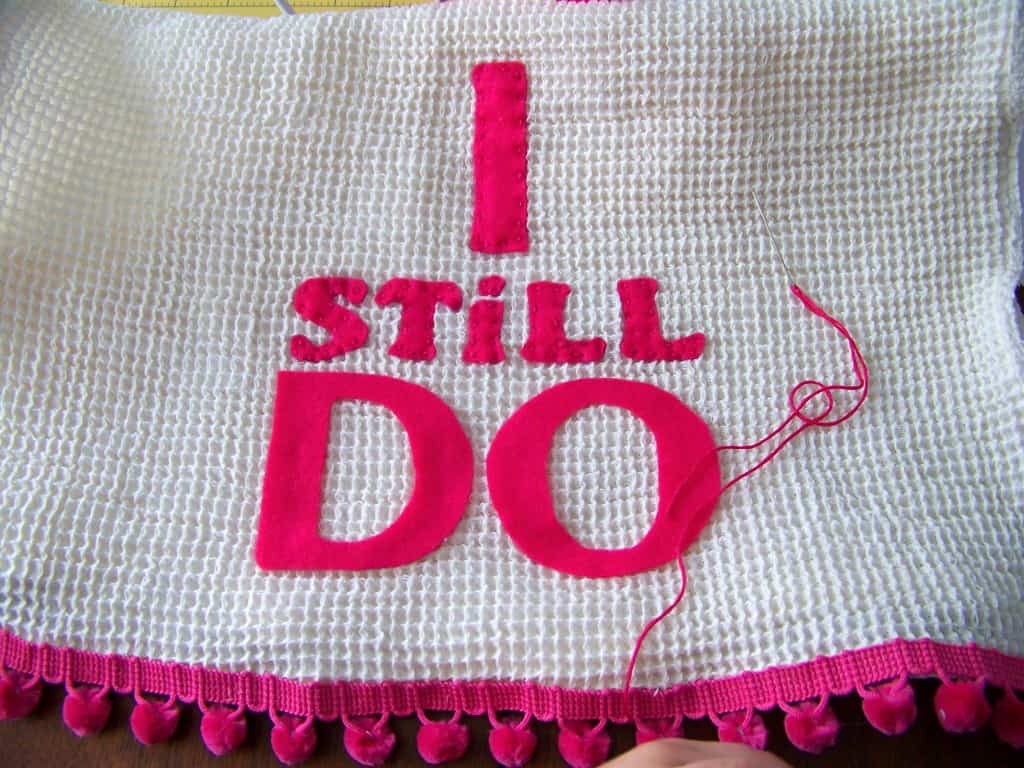 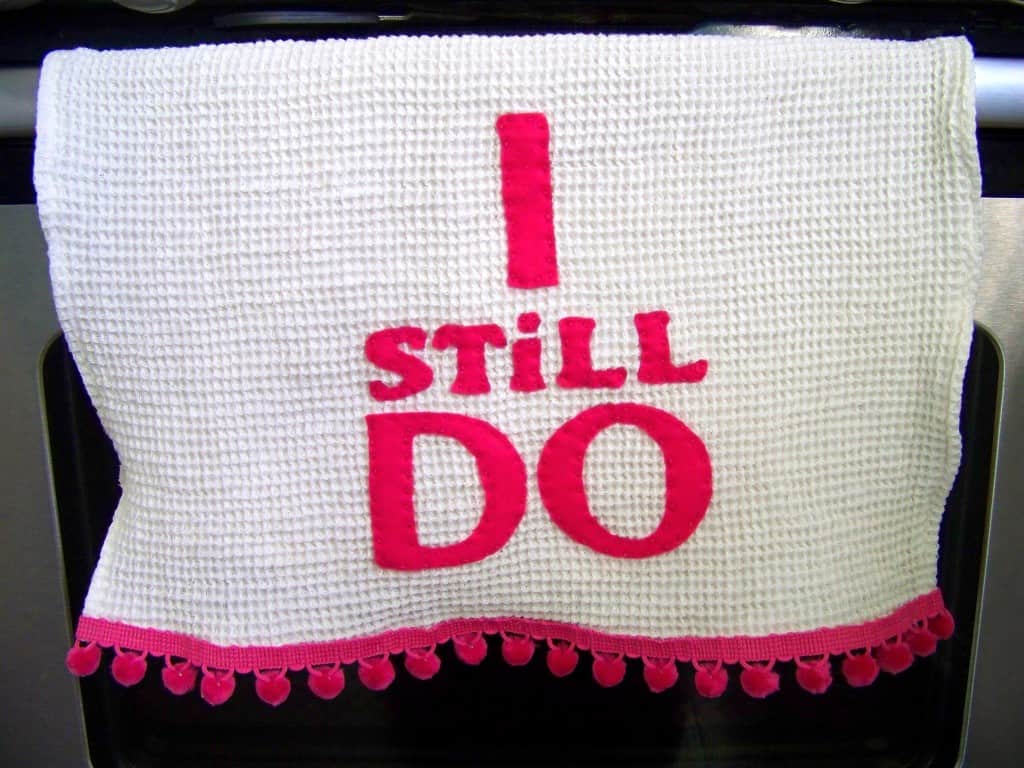 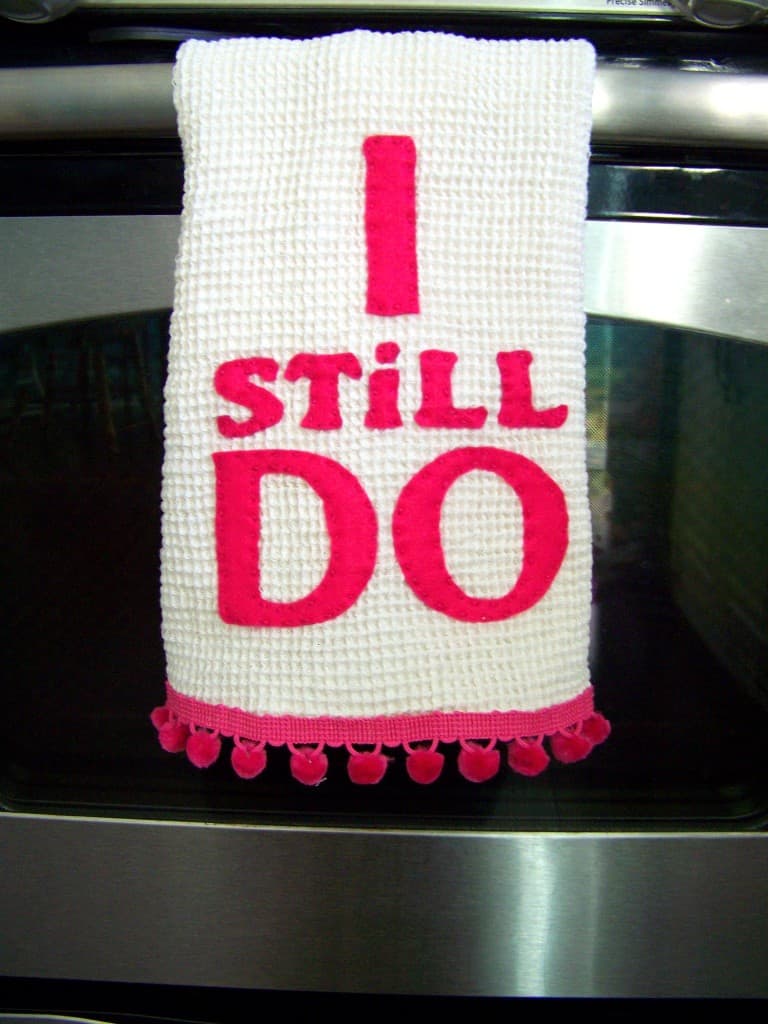 I love having this towel hanging in the kitchen right now.  I chose the saying because I’m married and honestly marriage is wonderful but it is hard.  And I think it takes a huge commitment to work at it and keep going.  After that initial “I do” I think that each choice you make moving forward has to be in the light of saying I do all over again and staying committed.  So I like that saying, but you could totally pick any saying you want, draw it up in photo shop and make this towel your own.

If you do make one let me know in the comments! 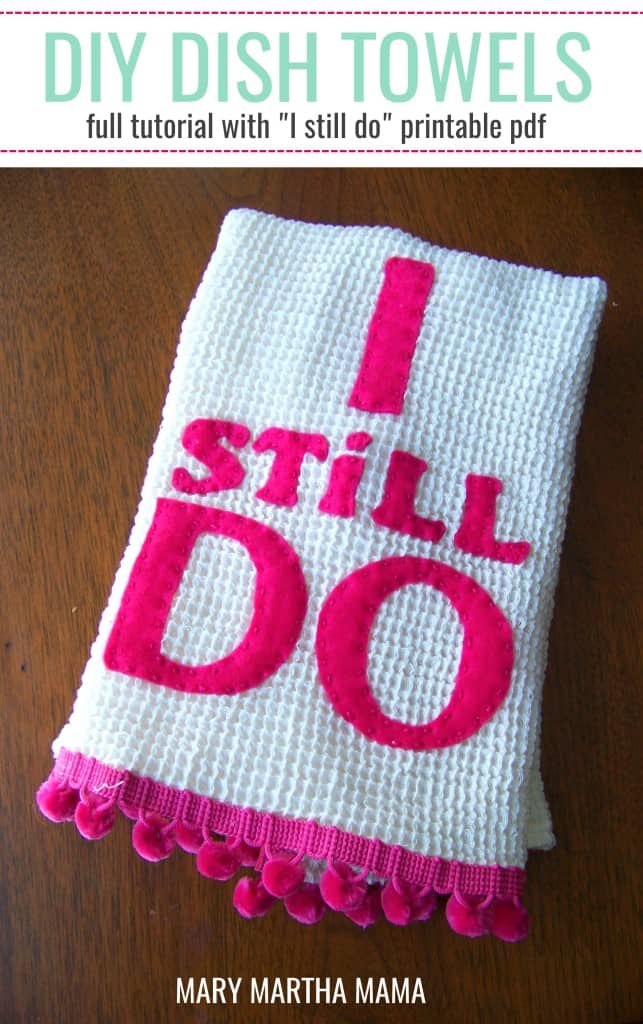 So cute! This would be a really fun project to work on with my oldest :).

I think she would love it! I'd say let her pick a phrase she likes and go for it!