So on our great roadtrip to the grandparents we took a day to stop by Virginia Beach.   Just one night and day, but I was able to do a little research for a potential future vacation and introduce A to the ocean.  S was taking a nap at the time, so no ocean for him.  Besides, he tries to eat anything he can find on the floor, so I can’t imagine how much sand he would have ingested.  But I digress, back to the ocean introduction… 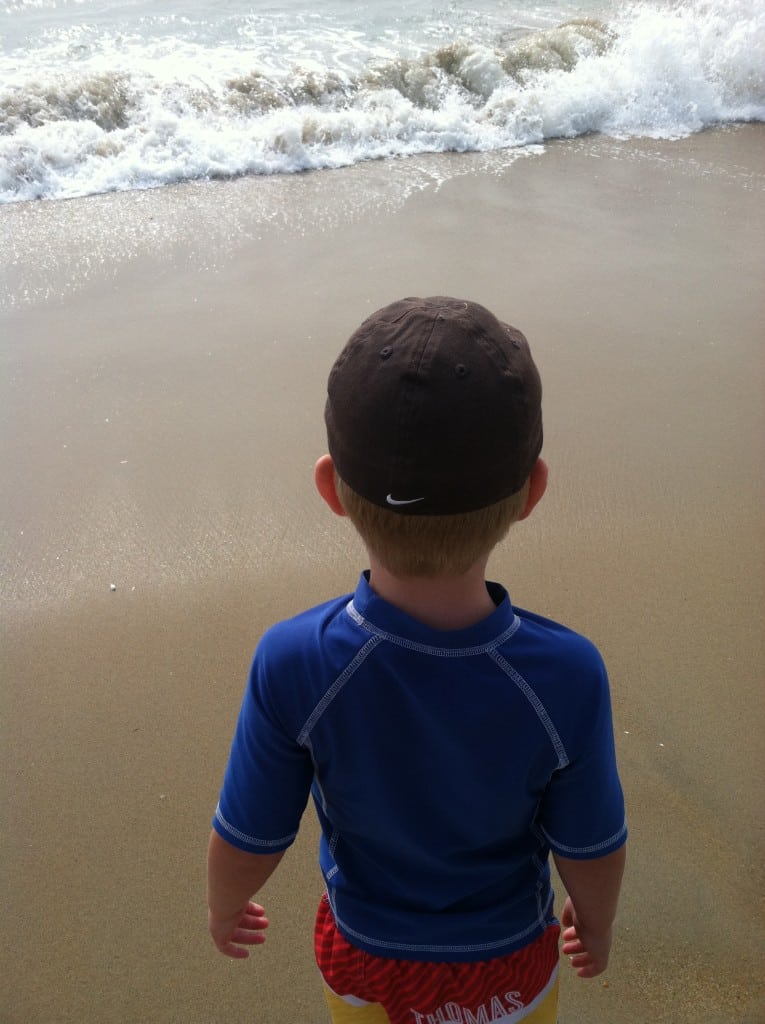 The waves seemed to intimidate him.  A loves pools and has no fear of being in the water, but he didn’t want to go too far in due to the waves. 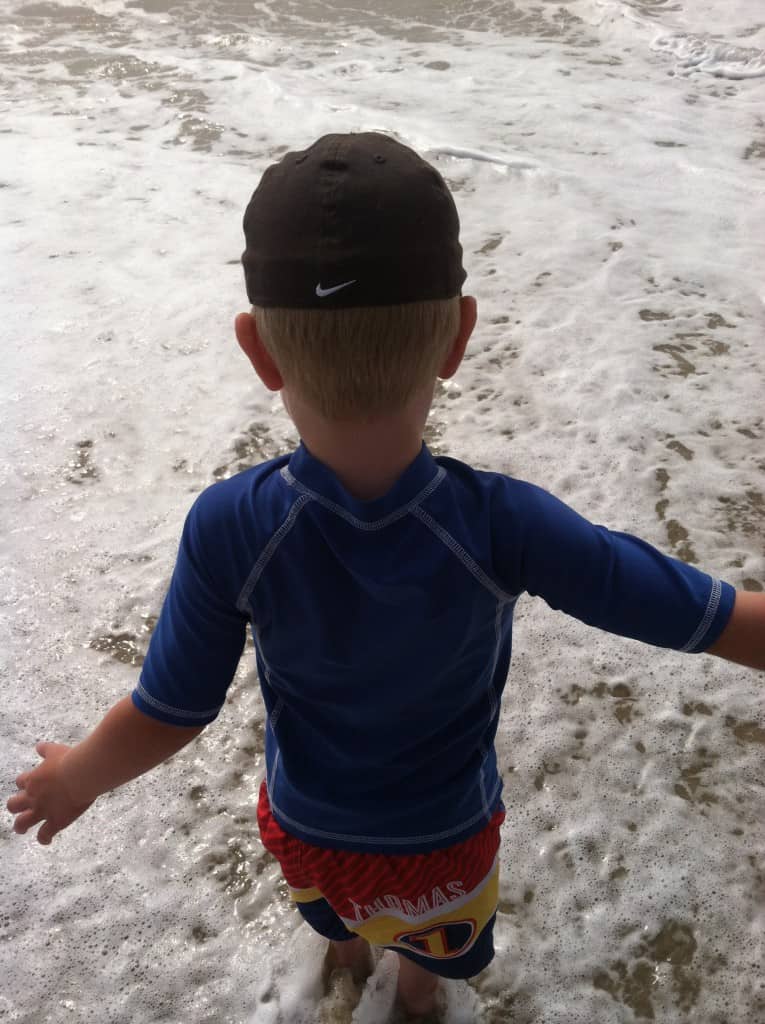 He even turned to me at one point and said “I like the other pool better”.  Our hotel (The Schooner) had a pool and after playing in the sand a little we went to the pool to swim.  We loved our hotel’s location because it was at the end of the boardwalk so it was less crowded and it was right next to Grommet Island, this amazing playground.  We spent a good amount of time over there too.  The hotel was a little bit older, but we loved it for the great location. 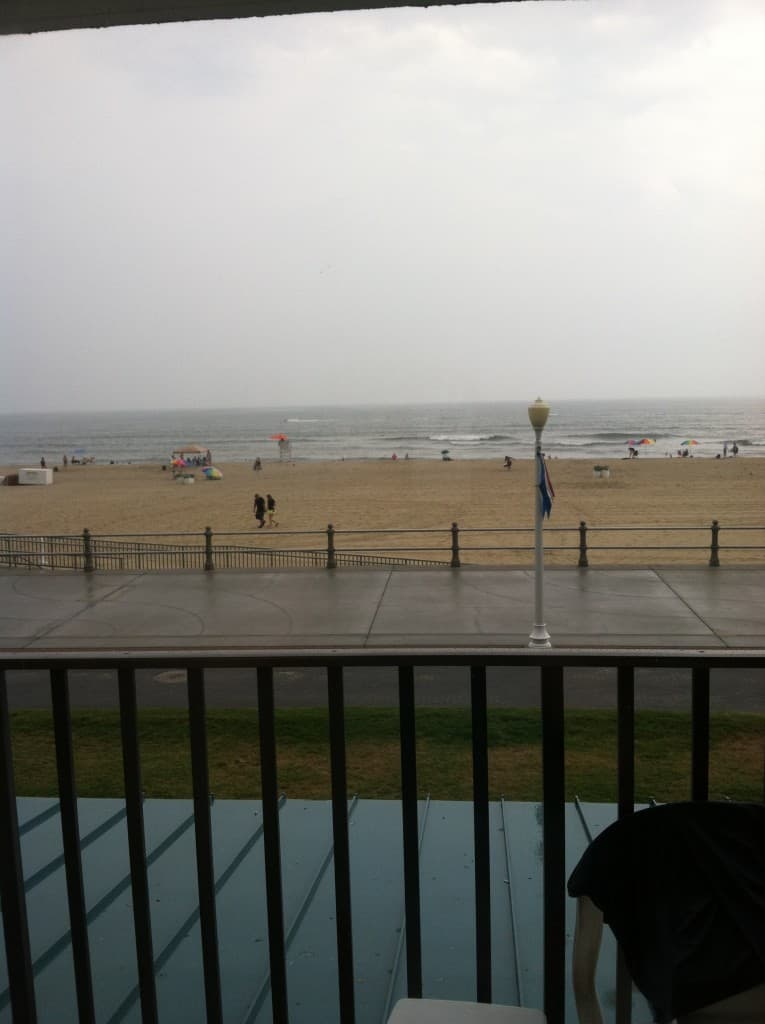 This beach was a short one, but it was a great little introduction to the beach for A.  We last took him to the beach when he was 6 months old and let’s just say the beach just isn’t the same with babies.  Other parents who have tried this understand and are nodding their heads right now.  Anyone else introducing their kids to the beach this summer?  Any tips for keeping 11 month-olds from eating sand?