“No, not quite yet”.  I smiled and tried to focus on my stack of books being checked out.

Then my husband started shepherding my son out of the children’s section.  Our son did not deal well with transition at this age and started crying pretty loudly.  I’m sure everyone in the library could hear him.  The same lady chimed in again.

The librarian finished with my books and slid them across the counter to me.  She whispered “Ignore her.  Some people…”

I have never felt more open to public comment and criticism than in this season of motherhood.  As soon as you are showing a little bit of bump, strangers feel compelled to chit chat a little more than normal.  And then when you have the baby you really attract some attention and it continues to grow.  Most of it is nice, light-hearted chit chat, but sometimes it veers over into the realm of criticism and judgement.  If you’re a mom, you probably know what I mean and can think of a few instances of this in your own life.

You know what I’ve learned from people being rude to me? 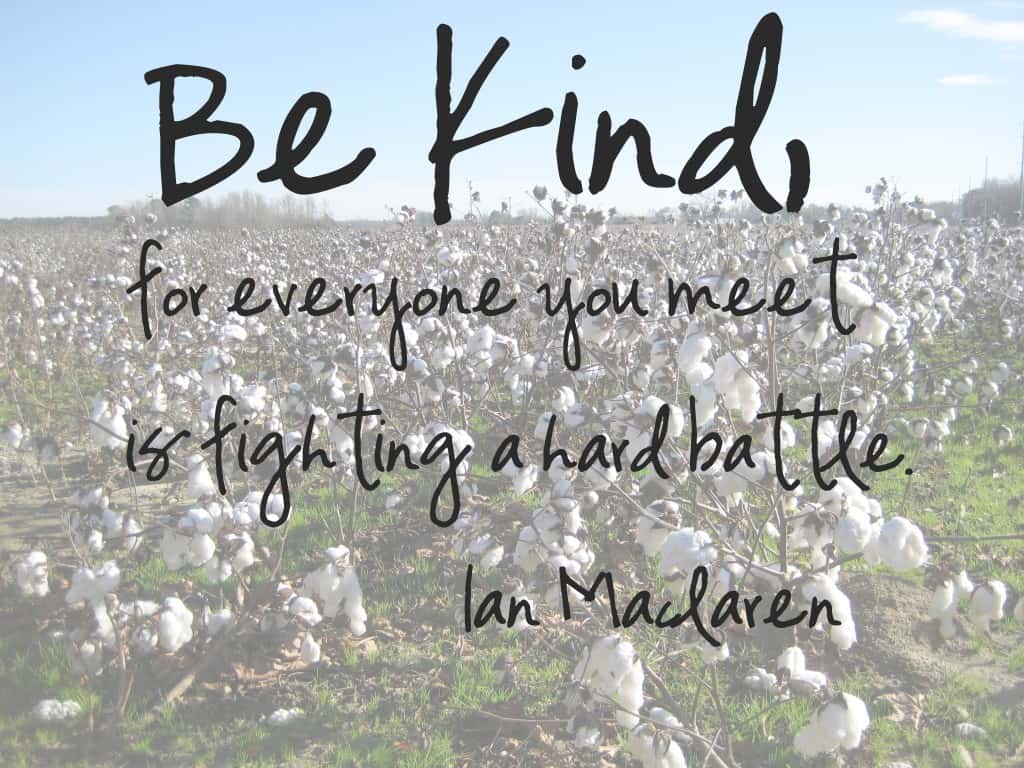 I was reminded of the importance of this when I read this post by Cindi Ferrini yesterday.  Like Cindi, I often want to make a rude comment back, or not so nicely show that person why they’re wrong in their judgements about me or my decisions as a mom.  But I’ve learned more than anything that I don’t want to hurt others in the ways I have been hurt.  Motherhood has taught me to be less judgmental of others.  That woman at the library has no idea that I was stressing about not having gone into labor yet with my baby, or that our son’s tantrums were a little embarrassing to me, and her pointing them out to everyone was even more embarrassing.  She probably didn’t think about how her words could potentially hurt.  I don’t think her intent was malicious, I think she was just careless with her words.

I thought of all this on Tuesday when I took my son for an appointment.  When we got there, the receptionist was a little rude with us, and I was a little taken back by it.  I just hadn’t expected it, but I thought you know, I don’t know what this woman is going through right now.  Maybe it had been a rough morning, or she’s going through something big in her life right now.  So I tried to be a little extra kind to her that morning, and hopefully we helped to bless her day just a little bit.