This morning I’m bringing you something a little different… a post from my husband!  He helps me out a lot behind the scenes with the blog with tech work, taking pictures of me, editing, and more.  We thought it would be fun from time to time for him to share something.  Enjoy!

Let me admit, I love TV. I love the entertainment it brings, the intrigue, the suspense. Yes, my wife and I love that it can give us down time as well, when we need a break from the kids. But let’s face it – in the past few years, it was getting harder and harder to stomach paying for TV. But let me start at the beginning…

Growing up, I have fond memories of coming home from school and watching my favorite episodes of The Jetsons, Dennis the Menace, Heathcliff, Gummi Bears and you name it. Saturday mornings were more of the same. As I grew up, reruns of The Dukes of Hazard and Hogan’s Heroes as well as The Muppets and Full House became my shows…and so on and so forth, the story goes. We only had one small TV that you had to get up and manually change the dial. And no, we are not talking the 70’s. We are talking the late 80’s early 90’s. I even vividly remember the soap opera opening music that played in the afternoons. I don’t know where it all changed, though. Gone are the days of yesteryear where TV was mostly free. My parents didn’t have to worry about a TV bill. I suspect cable companies worked to make it harder and harder to live without their product. No longer did we need to fiddle with rabbit ears to make the station came in so that we could watch a beloved show. Slowly but surely, the “good” TV moved to cable. Live sports, by far what I tune into most, almost exclusively moved to ESPN, TNT and other niche cable networks.

It wasn’t even until the early 2000’s, when the internet age was upon us, Hello AOL, that my parents “broke down” and got cable TV and broadband internet. I soon was used to catching all my Buckeye games and pretty much anything else that was available. Like many of us, I suppose, this became the norm. It wasn’t even on my radar when the industry got rid of their analog signals in favor of the digital platform.

And after marriage, not much changed in my mind. Cable wasn’t even something I didn’t imagine having as soon as life settled. But it wasn’t so simple to pull the trigger easily. Shortly after our wedding, I lost my job. The first thing to go was cable TV. Not a big deal. A temporary setback. Once a new job came around, it would be restored. I watched DVDs from the library and was somewhat content, other than the big games, with our situation.

Once a new job, and a new baby came along, it was something we talked a lot about. At this point, the budget was scrutinized and it was harder to justify both Cable TV and the internet, as our price for the most basic of offerings hovered around the $100 mark. But we made do, and in football season, we would subscribe, and tried to wean off it for the spring and summer time. This worked well.

Well, fast forward to a couple of years ago. We weren’t satisfied. We were watching the same 10 channels or less. We were paying huge dollars to a company that had a hard time keeping us plugged in, between boxes malfunctioning, weak signals and outdoor infrastructure that was old, dated and in desperate need of upgrade. We had the same repair men in and out of our house over the years, fixing the same problems that we were paying mightily to not enjoy. It was frustrating.

So we cut the cable after football season again, and I started looking into my options. I knew of Netflix and Hulu and had dabbled in the past…but this time we invested in a Roku and simultaneously in Amazon Prime, and suddenly, we had a wealth of shows and entertainment at a fraction of the cost. Youtube, PBS and other stations kept us busy as our little ones were growing – and we were missing our old shows less and less. Fast forward some more, and our world included Netflix, Sling and other platforms. We weren’t paying for cable and I was able to watch all but one of my Buckeye games. I think like many of the cable cutters out there, we enjoy the flexibility of platforms like Netflix, without the hefty bill that left us wanting each month. We even invested in a digital antenna (This one), and quickly after, a DVR that records as well as connects us to our all platforms. We were no longer in need or love of cable TV. Of course, we miss some shows, and some stations, as the Olympics came and went, we missed out on some coverage, but on the whole, we get most of the major networks and tweak our new “rabbit ears” – digital antenna, when the signal is not quite right. This is our new norm.

But today I saw a headline about cable companies offering more digital offerings to appeal to the cable cord cutters. It had me wondering. I’m not sure they get it. That they get me. Or maybe they are stuck. We haven’t cut our cord because our cable provider didn’t have interesting content, varied content, or digital access through our mobile devices or “on the go”. All of this seems to be packaged nicely, but at the core, is fluff. We cut the cord because we were paying for too much content. We didn’t want to budget money, blindly, to cable companies, and ultimately, stations that we were paying for, but never watched. We didn’t need it all.

And the price, year over year, was costing too much. If I could pay a reasonable amount for the channels I wanted, and not be bundled with the rest of the garbage, that, is an attractive deal. But clearly, the companies are not listening to what their consumers want. They try to bundle our house with VoIP telephone?!?! Who has a land-based line anymore under the age of 40???? New technology for an antiquated medium. And who has time and money to rent all the proprietary equipment needed for basic cable / DVR access? Not to mention that in most cases, the equipment is 15 years old? With a simple modem, however, and router if you choose, with today’s internet, I can pay what I want and access what I want. And yes, I do know that live sports are still the holy grail of cord cutting. I miss the stuff I cannot access. But I am growing more and more okay with that. I’ll let somebody else pay for the access and piggy back off of them for a couple of hours.

(As a side note: I do realize that the reaction that cable companies are embarking upon currently is completely predictable. Each year our internet bill edges up and up, and the company tries to recoup the money lost for us cord cutters who no longer subscribe. But I imagine I have about 5-10 more years before we reach the $100 mark. And by then, I am sure untethered access to the content I want, will be more accessible than ever.)

Another season of football is nearing completion and we have had no consideration of getting cable TV. Yes, it is the new frontier. 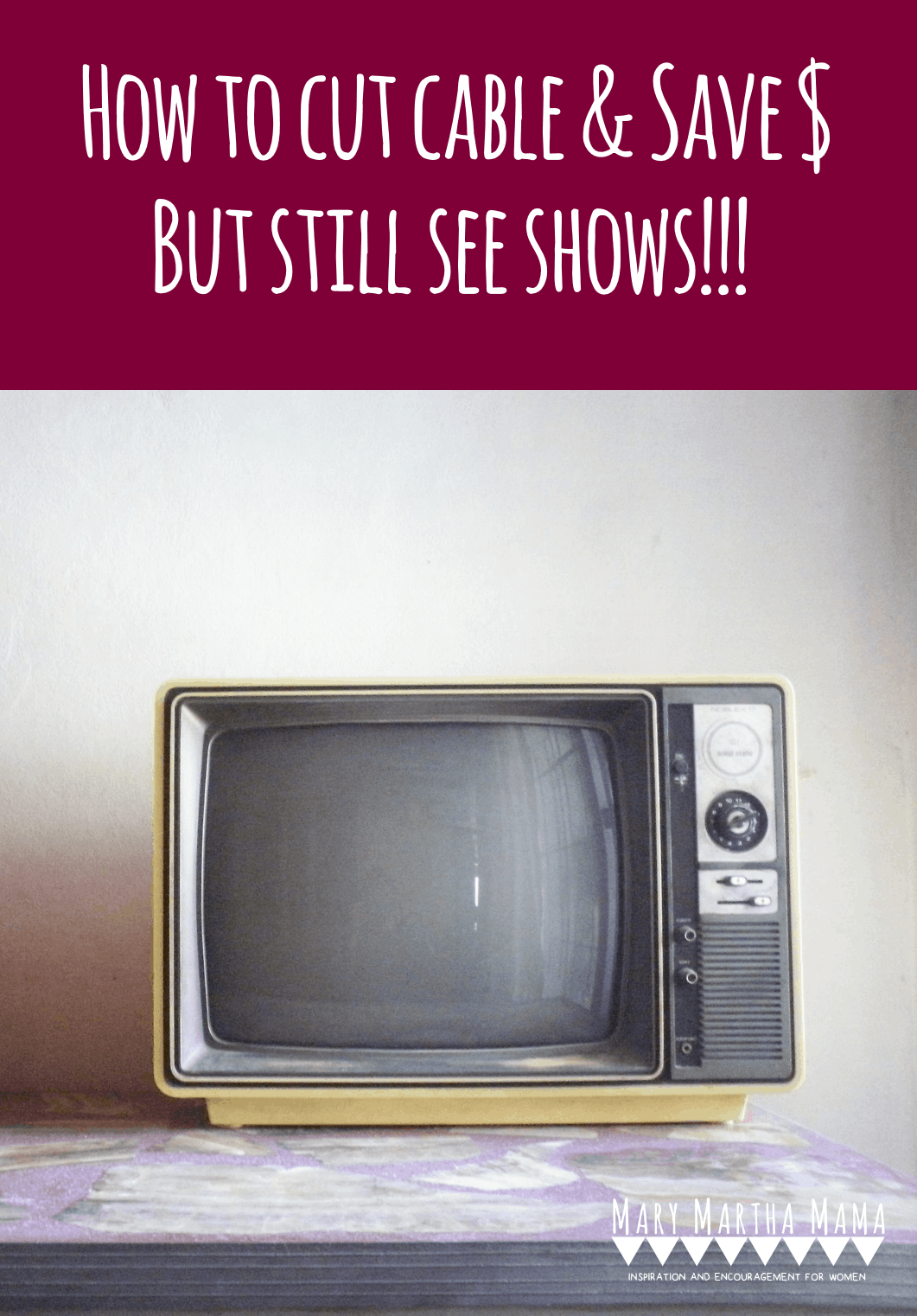 This is our family too. We haven't had cable in 4 years and don't miss it. We watch about 10 channels and honestly with 3 kids we need to be able to watch shows when we have the time because we often can't watch during the actual show time. We recently got sling TV for our ROKU. It has most football games on it and the main channels we like to watch for $20 a month and you can cancel at any time. We will likely cancel after football season, but for now it's a good compromise.

Yes! Sling is another great option too!

We are a Netflix only family and it gets so borring. I need to checkout some new options.

I think having a digital antenna gives you a big bang for your buck if you're looking for more. Maybe check it out.