Anyone else’s kid watch Sherrif Callie?  You got that song in your head now?  Yeah, we sing it around here all the time.  Anyway, one of the items on our Summer Bucket List was to go on a train ride.  A is 3 1/2 and he has been a big fan of trains since just before he turned two.  So we’ve ridden mini trains at various zoos and malls but we wanted to take him on a real train so that he could have a full-blown, authentic experience.

Prior to going to Cedar Point a few weeks ago I had heard that they have a train.  I just assumed it would be some type of amusement park version of a train ride, but it was an actual train, y’all.  A real, working steam locomotive. 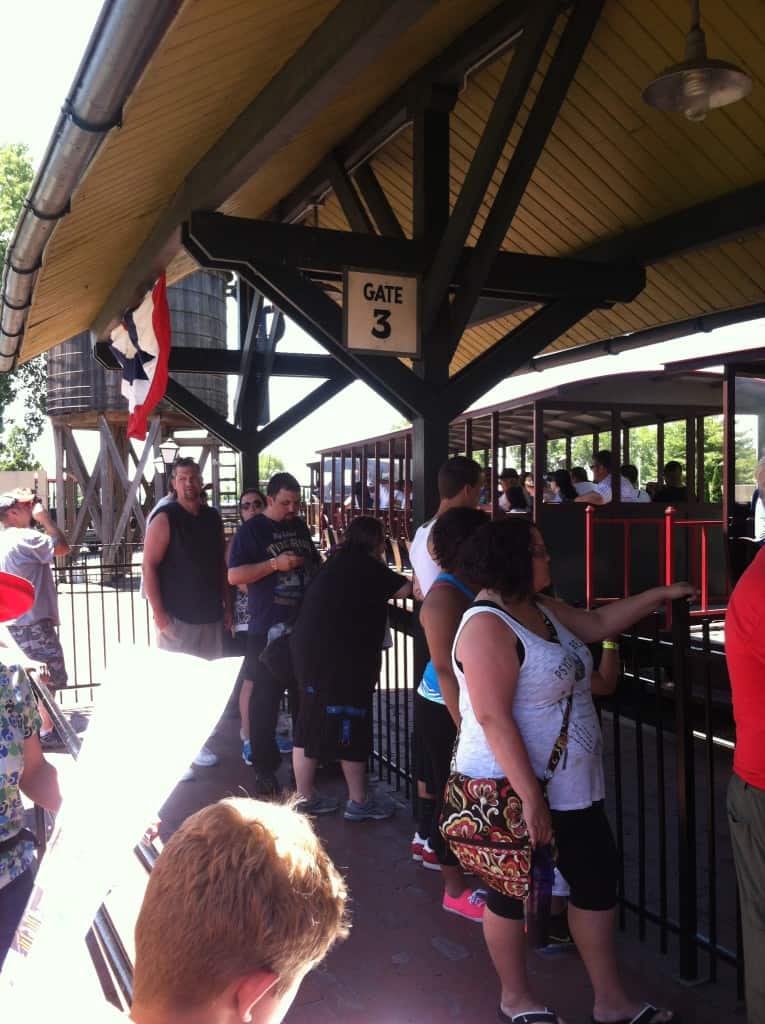 We got to sit up front in the very first row of seats and A thoroughly enjoyed being able to see them do things like take on water from the water tower and shovel coal.  He’s a big Thomas the Tank Engine fan so he’s familiar with these concepts and it was awesome for him to be able to experience them first-hand. 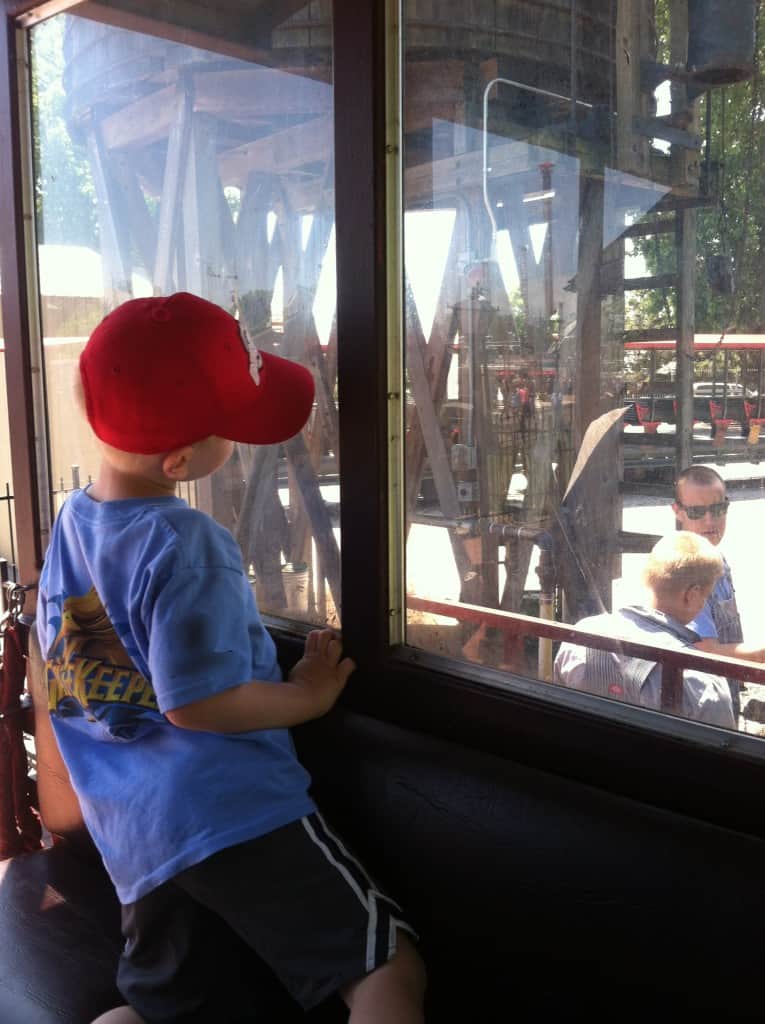 The ride is an enjoyable break from all the walking.  The track twists in and out of the coasters and along Lake Erie. 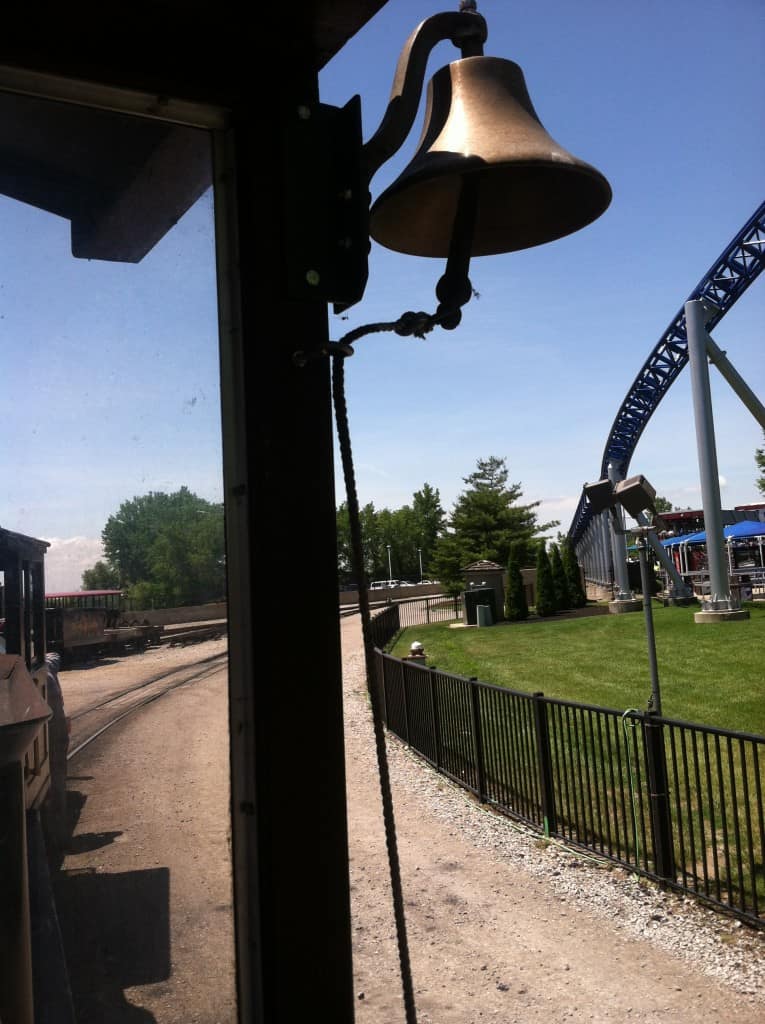 There are a couple of things to consider if you are taking little ones on this ride:

Anyone else go on any train rides this summer?  Be sure to check back on Monday as I’ll be sharing all about our vacation including the adventures of driving over 500 miles with 2 little kids all by myself.  Have a great weekend!