Well, Batman has long reigned supreme in our home but lately there’s been some competition.  Not so long ago in a galaxy far, far away… one of my boys came to me and said “Mama, I’m really into light sabers now”.  And so began their love for all things Star Wars.  I’m sharing my guide of the best star wars gifts for little ones with you all today.

Now, my boys are still pretty little so they have not seen the actual Star Wars movies but they adore the Lego Star Wars movies.  So I thought I’d share with you some of my boys favorite star wars things along with some others that they have on their Christmas lists and other ideas that any little Star Wars fan would love.

Once my husband saw how much our boys liked Star Wars he wanted to get them a few toys for pretend play.  They love flying around their Millennium Falcon and X-Wing.  A few of these others have made their way onto the boys’ Christmas lists.


We cannot get enough of Legos in our home.  We don’t usually buy a ton of themed sets but a lot of these are very neat and a few of the less complicated ones might make their way into our home.  And how cute are the Lego Star Wars Advent calendars?


I encourage my kiddos to read all kinds of books but of course I like to throw in ones that really interest them.  There are actually quite a few Star Wars books for kids.  We especially love the Little Golden Books Star Wars Collection.


My 4 year old’s eyes were basically as big as saucers when he saw the nerf guns that make blasting noises.  One of those is on his list and my older son is longing for a light saber… he just can’t decide which one.

Dress-up and pretend play is just the best.  My one son was Darth Vader for Halloween and they love running around pretending to be Star Wars characters.  Actually, right now is a great time to pick up some dress up costumes on clearance from Halloween.

I know clothes are not always a favorite when compared to toys but having some of their favorite Star Wars characters on them makes them a little more exciting.


Do you have a little Star Wars fan?  I’d love to hear your ideas for the best Star Wars gifts for kids in the comments below! 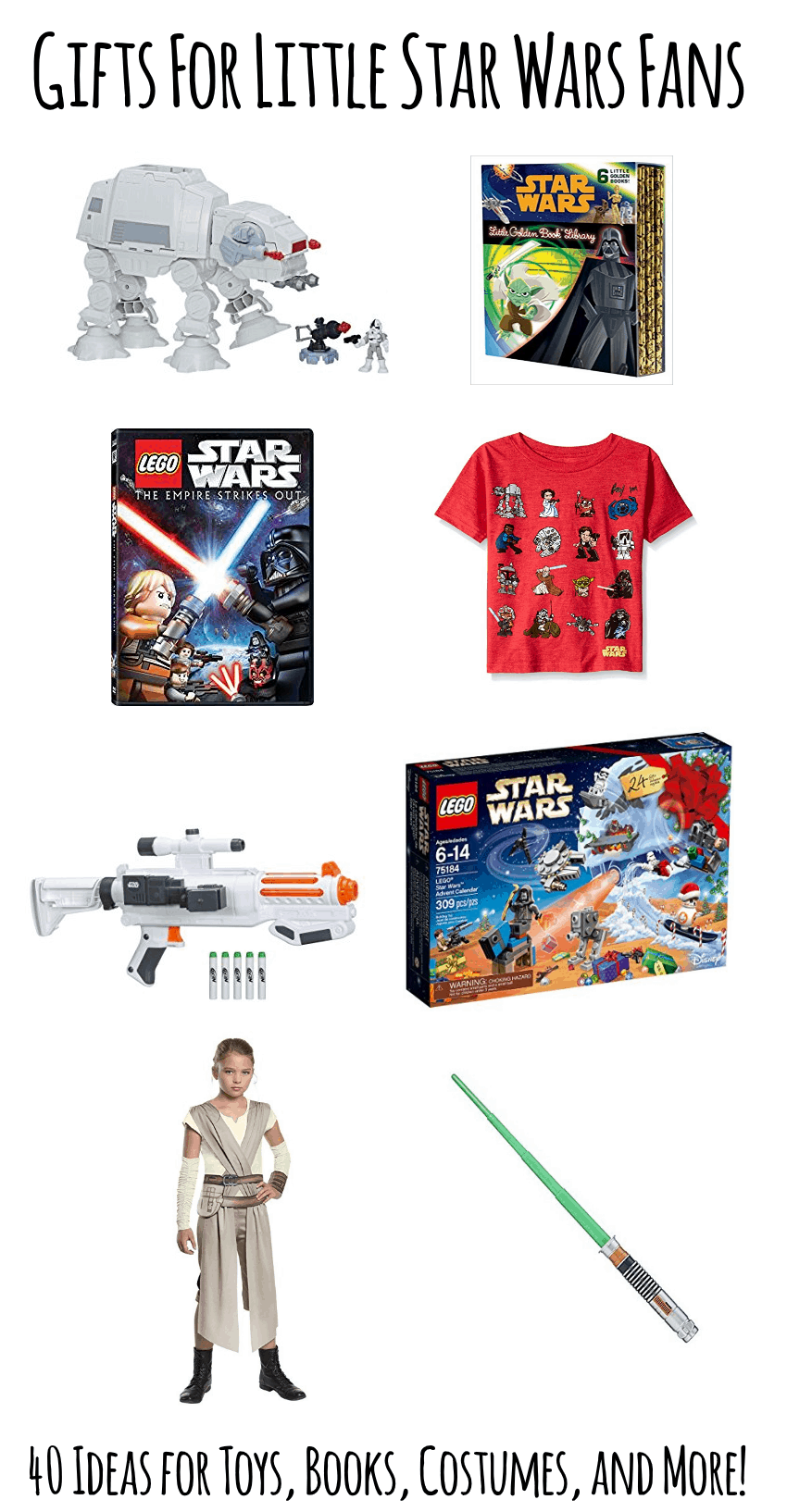