1. The Wake-Up Call that is ISIS: Who in the Church is Answering?

Ann Voskamp is quickly becoming one of my favorite writers.  Ann is best known for writing One Thousand Gifts: A Dare to Live Fully Right Where You Are

.  She’s just one of those people who says something that you are feeling deep down inside, but she actually knows how to get it out, how to express it in a way that is utterly breathtakingly beautiful.  I loved what she has to say in this post about the beheading of the 21 Coptic Christians this past week.  Do yourself a favor and read it.

So I was perusing the selections on Amazon Prime and came across The French Chef, Julia Child’s cooking show and decided to give it a try.  I watched an episode from the first season (1963) and while it was odd watching a cooking show in black and white (“See how the meat is browned?” Uhh, no, not so much) I enjoyed it a lot.  Much like watching Julie & Julia, it made me want to cook lavish dishes.  I was thoroughly impressed with her knife skills in the french onion soup episode.

I recently decided that I need some more motivation to help me in my journey to get back into shape so I finally signed up for a race!  I’ll be running the Flap Jack & Jill 5K.  Yes, there is an all you can eat pancake breakfast at the finish but that’s not why I chose it, I promise!  The date is good, the course looks pretty, and it supports a great cause, the Conservancy for Cuyahoga Valley National Park.  Any one locals want to come out and run with me?  There’s a 15K too if that’s more your thing.

So for a long time I have wanted an initial necklace- something symbolic of my two boys, something personalized and meaningful.  I just have not yet found the right thing and I don’t want to settle.  I like some of Lisa Leonard’s designs but nothing is quite right.  I like the petite pendants in the top picture but I might like the open circle pendant in the second picture more.  I think I might like the open circle more if it were smaller.  Anyone have any suggestions for where to get something similar in style to Lisa Leonard’s designs? 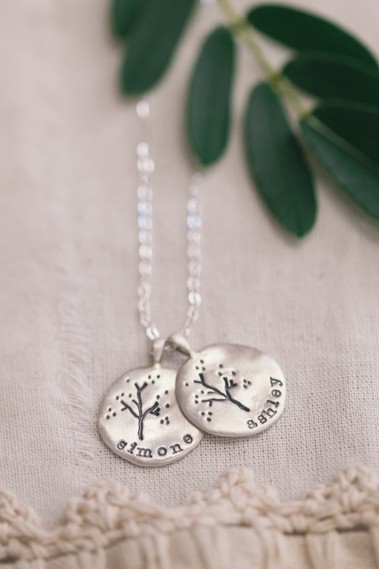 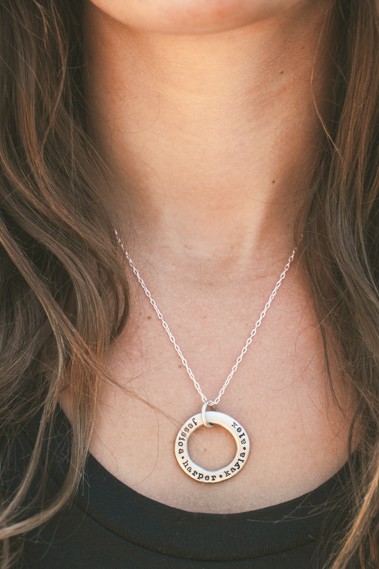 So I can’t really remember when I got Instagram and Twitter but it was not too long ago.  I know, I’m always late to the party.  I’m enjoying them but I’m not following a ton of people yet.  I think it would be more fun if I were following more people.  Does anyone have any suggestions for people who are interesting to follow?

It’s been a busy week and I’m certainly looking forward to the weekend.  I hope you all have a wonderful weekend!

I’m linking up with:

(Please note: Some of the links in this post are affiliate links.  Please read our disclosure policy here.)

I think I could get into a run with a pancake breakfast at the end! Have you looked at Stella & Dot? They have several pretty engravable necklaces. Stopping by from the Momfessionals linkup.

I have not looked at Stella and Dot. Going to check them out now. Thanks so much!

Hi there. I love Instagram, too, although I don't follow a ton of people. Everybitterthingissweet posts amazing graphics paired with Bible verses. She Reads Truth also posts similar things. Pioneer woman posts her foodie stuff and there are a lot of great photographers sharing their work. I like to follow the one posting from Alaska. Enjoy!

Thanks for the suggestions! I will have to check some of those out!

Oh my gosh number 4 is gorgeous!! Absolutely love it :-) Good for you for signing up for a run. I would totally have been that person who just signs up because there are pancakes at the end.

I love it too and it might end up being the one I get. Thanks for stopping by!

cat! Thanks for stopping by my blog and commenting! Such a small world we just recently moved from Northeast Ohio two in the Indianapolis area. I wish I would've known about the flapjack 5K when we lived up there -looks like so much fun! Have a great weekend!

It is a small world! Loved your blog. Thanks for stopping by!